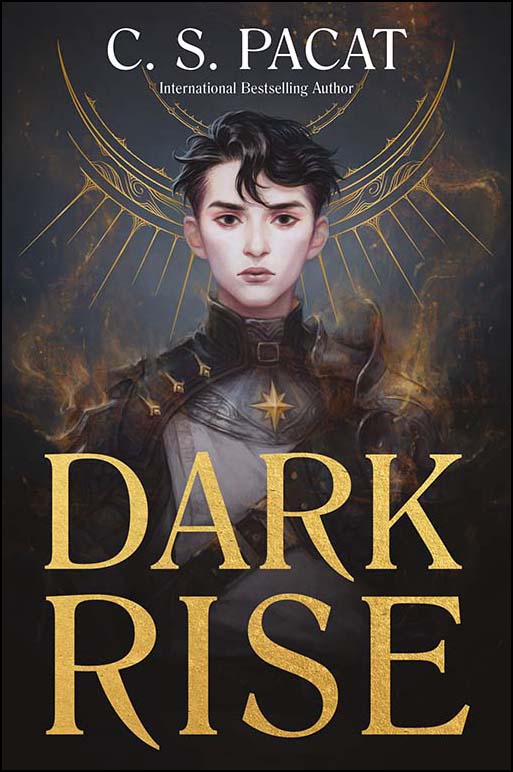 THE DARK WILL RISE. WHO WILL FALL? WHO WILL STAND?

The ancient world of magic is no more. Its heroes are dead, its halls are ruins, and its great battles between Light and Dark are forgotten. Only the Stewards remember. For centuries they have kept vigil, sworn to protect humanity if the Dark King ever returns.

Sixteen-year-old dock boy Will is on the run in London, pursued by the men who killed his mother. When an old servant urges him to seek out the Stewards, Will is ushered into a secret world, where he must train to fight for the Light in the oncoming war.

As the Dark King's return looms, reborn warriors begin to draw battle lines. But when the young descendants of Light and Dark step into their destined roles, old allegiances, old enmities and old flames are awakened. Will must stand with the last heroes of the Light to prevent the calamity that destroyed their world from returning to destroy his own.

Dark Rise is the first book in a thrilling new YA fantasy series from bestselling Australian author C.S. Pacat.

Will is trying to outrun the men he knows are after him - the same men who killed his mother. But there is more to Will and his past than even he knows, and the journey he is about to take is one that he could never have imagined.

Will finds himself caught up in a world of magic when The Stewards, who are the only remaining hope against the rise of the Dark King, take him in and train him in their ways. Will learns about the ancient history of the darkness, and what must happen to stop it taking over the world again.

The characters in this story, their intertwining relationships, and the juggle of who can be trusted and who cannot will drag you in, and make Dark Rise hard to put down.

This really is an epic, at times gruesome, magical tale of good versus evil, dark versus light, and has so many twists that readers will be eagerly awaiting the next instalment.

A great read for all those 14 and older.