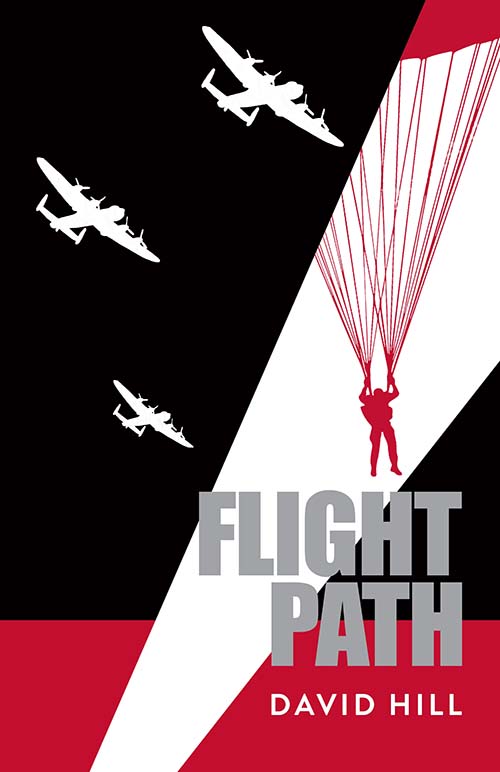 A gripping novel for young adults that captures both the daring and the everyday realities of serving in the Air Force during the Second World War. Pete and Paul yelled together. 'Bandit! Nine o'clock! Bandit!' Jack spun to stare.

There was the Messerschmitt on their left, streaking straight at them. Eighteen-year-old Jack wanted to escape boring little New Zealand. But he soon finds that flying in a Lancaster bomber to attack Hitler's forces brings terror as well as excitement.

With every dangerous mission, he becomes more afraid that he'll never get back alive. He wants to help win the war, but will he lose his own life?

Wonderful New Zealand author, David Hill, has written a novel that gets right into the spirit of comradery and also the fear experienced by young men during war.

Flight Path is set towards the end of the second World War with our central character being an 18 year old New Zealand boy. We share his experiences as the person who sits in the nose of a Lancaster bomber, spotting and shooting at the enemy and dropping the bombs.

Jack is a wonderful character, and he develops good relationships with his fellow crew that become integral to each others survival as they complete more missions. He also develops a strong friendship with a local English girl.

This action packed adventure will have readers turning pages as the story intensifies as it progresses. The severity of war is depicted, as is the humanity that can shine through.

Flight Path is a great middle year novel that best suits a 12-15 year old reader. It will mostly be read by boys, but many girls will also love this story.