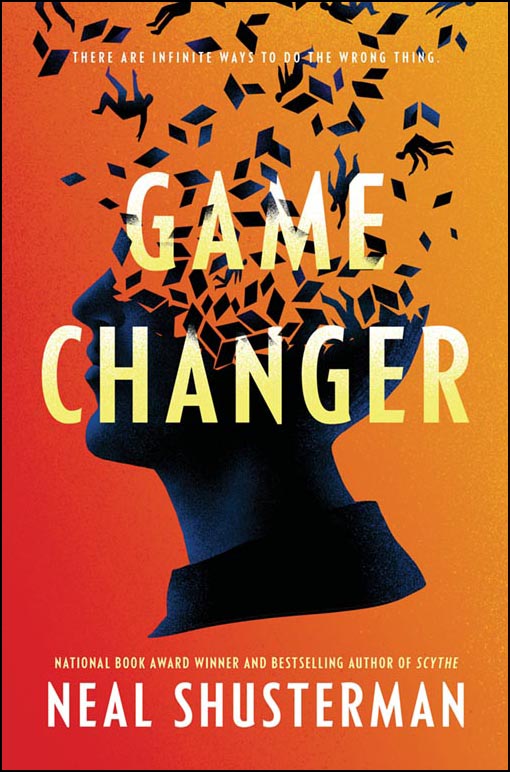 An ambitious and magnetic novel from the New York Times bestselling Neal Shusterman, about a teenage American football player forced into a series of a parallel lives.

As a star player on his high school American football team, Ash is used to taking some hard hits. But that one run in his last game must have knocked him a little loose, because suddenly his life doesn't look quite the way he remembers it. As Ash bounces into worlds that are almost-but-not-really his own, he starts to question everything, including his own perceptions and place in his own reality. But can he even work out how to get back there?

Readers are going to love Ash in all his various forms! In Game Changer, Ash is knocked into numerous parallel universes that are similar to, but not quite, his own. In the process, he also becomes many different versions of himself - slightly different in each universe.

Ash is the universe’s latest ‘Subjective Locus’ or sub-loc - think the centre of the universe - and when a hard gridiron tackle puts him into a different but similar universe for the first time, he begins to realise that he has the power to change the world.

In these alternate universes, many things are different and Ash realises that to really make a difference, he has to go back to near the beginning. He has to risk everything to save the world...

Many themes are explored in the book including racism and segregation, toxic relationships, sexuality, sexism, wealth and love are all explored in this incredible book that will stay in your head for a long time after you finish the last page.

I love books that make you think and make you consider the vast and endless possibilities that our world presents.
It is best suited to readers 14 and older.