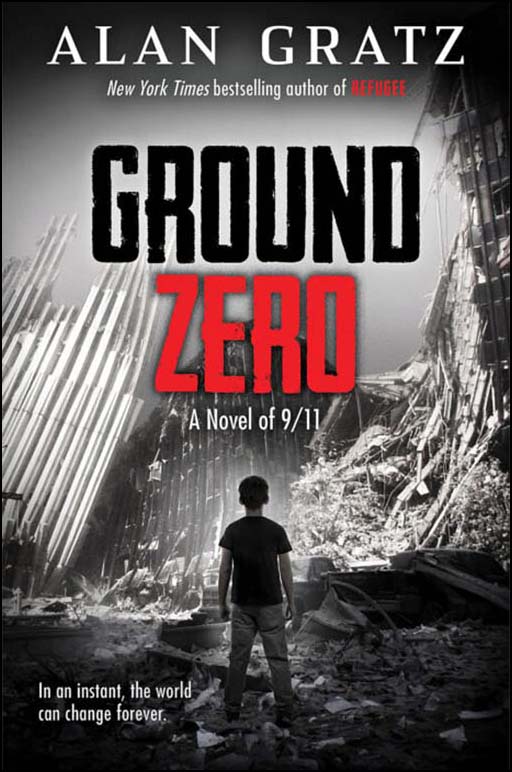 It's September 11, 2001. Brandon, a 9-year-old boy, goes to work for the day with his dad... at the World Trade Center in New York City. When two planes hit the towers, Brandon and his father are trapped inside a fiery nightmare as terror and confusion swirl around them. Can they escape—and what will the world be like when they do? In present-day Afghanistan, Reshmina is an 11-year-old girl who is used to growing up in the shadow of war, but she has dreams of peace and unity.

When she ends up harboring a wounded young American soldier, she and her entire family are put in mortal danger. But Reshmina also learns something surprising about the roots of this endless war. With his trademark skill and insight, Alan Gratz delivers an action-packed and powerful story of two kids whose lives connect in unexpected ways, and reminds us how the past and present are always more linked than we think.

With September 2021 marking the 20th anniversary of the events of 9/11, this is a timely reminder for all those that remember the day, and also for those not yet born or too young to remember, of the devastation that this event caused, not only on September 11, but for many years to come.

Told in alternating chapters of Brandon, a nine-year-old boy caught in the deadly attack, and of Reshmina, who lives in the mountains of Afghanistan in the present day, which are inhabited by the fragmented Taliban, along with the American forces and the Afghan National Army.

Brandon finds his life altered forever on that fateful day. He was only at the World Trade Centre on that day because he was suspended from school, and had to go to work with his Dad. And fate would further play a part in how his story plays out. Brandon finds himself trying to survive the carnage, all with the help of strangers, including Richard, a man caught up in the chaos too, who will change Brandon’s life forever.

For Reshmina, she leads a life sheltered and controlled by the boys and men around her, and her dreams of being a teacher seem just that, dreams. But when she makes a decision that sees their whole village come under threat, she will learn things about life that she never knew, and realise just how strong she really is.

This is a highly emotive, and at times confronting story, about events both during and after the 9/11 attack. Brandon and Reshmina are both strong but vulnerable children, dealing with unthinkable situations. The relationship and bond formed between Brandon and Richard in these circumstances is an uplifting and remarkable one. Suited to readers across all secondary levels.