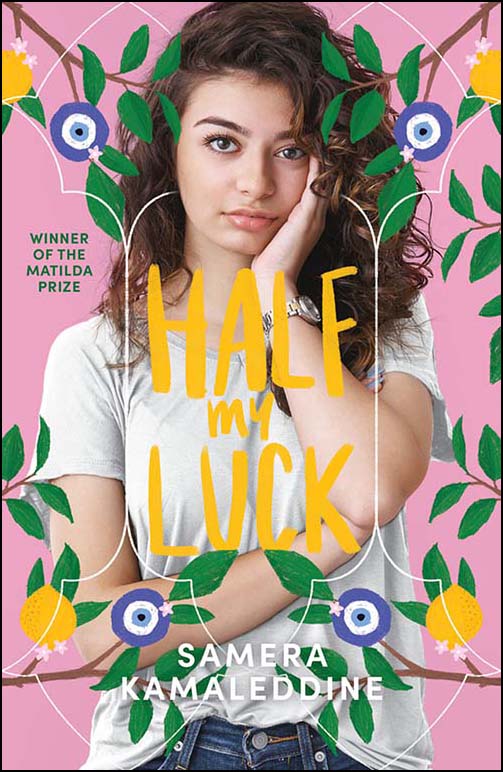 From the winner of the inaugural Matilda Prize comes a heartwarming coming-of-age story about growing up in Australia when you're caught between two cultures.

Layla Karimi has been cursed by the evil eye. Well, that's what Layla's superstitious grandmother tells her. And Layla reckons it makes sense as she's sort of Australian and sort of Lebanese: a 'halfie' who doesn't really fit into either world. And when all hell breaks loose at the first beach party of the summer, Layla finds herself caught between her friends and the Lebanese kids who call themselves 'the Cedar Army' (of which her cousin Sufia is the Queen Bee). One group has been wrongfully accused and Layla knows the truth that would clear their name. But will she speak up?

Layla is caught between two cultures - sort of Australian and sort of Lebanese - she is part of both worlds, but she doesn’t quite fit in either.
This is the hottest summer Layla and her friends can remember, and they spend everyday at the beach. But when a beach party goes horribly wrong, the beach is now a battleground.

Layla knows the truth behind the mess, but who does she trust and will she have the courage to make sure the truth comes out? This is a fascinating story about growing up in between two cultures and finding out who you really are. Layla is a great character and readers will love her. Her struggle to ensure that the truth comes out, without hurting the wrong people, makes for a great and relatable story.

A perfect coming of age tale for those Year 9 and up.