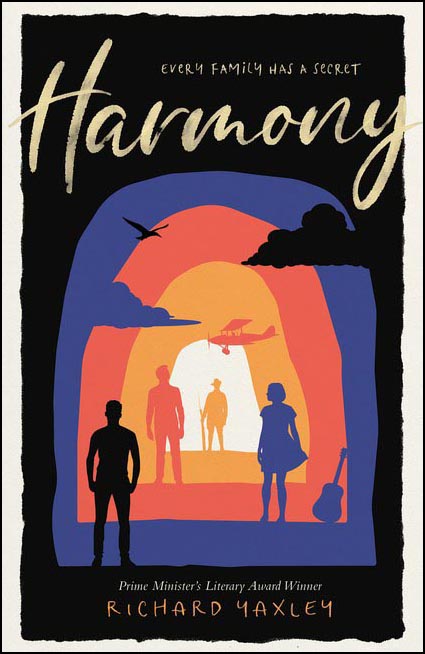 In 1914, Tom Stott falls in love with Gracie O’Donnell, but their love is thwarted by circumstance and war. Tom finds himself part of the blood-soaked landings at Gallipoli, while Gracie marries another. A deception, born in a place and time on the brink of war, traverses the world as successive generations seek freedom in a century of change.

It isn’t until American teen Noah Clifford joins his mother Deborah, his grandfather Will and his great-grandmother Gracie in Australia that the secrets of the past are revealed, secrets that will take them back to the beaches of Gallipoli…

From multi-award winning author, Richard Yaxley, comes a story of connectedness, family and the power of truth.

This is a poignant Australian story tracing a disconnected family history from before World War I to the end of the century.

Because of a family promise, Gracie could not marry her love Tom, so he decided to go to war. Gracie has a baby, and marries another, but her true love is always Tom.

Tom’s decision to head off to war lands him on the shores of Gallipoli for the first landing, where he meets his unfortunate end.

The story then weaves its way across the world as Gracie’s child, Will, marries an Irish girl and settles in Galway. They have two children and their daughter Deborah grows up and moves to America. When Deborah feels the need to visit her father Will, who has returned alone to his home town of Vale in Australia, she is soon followed by her teenager son, Noah.

But every family has their secrets, and after all this time will Noah’s arrival mean their family secret is finally revealed?

Intricately woven, we see into the lives of four generations with a wonderful story of connectedness and family ties, that will best suit lower secondary readers.