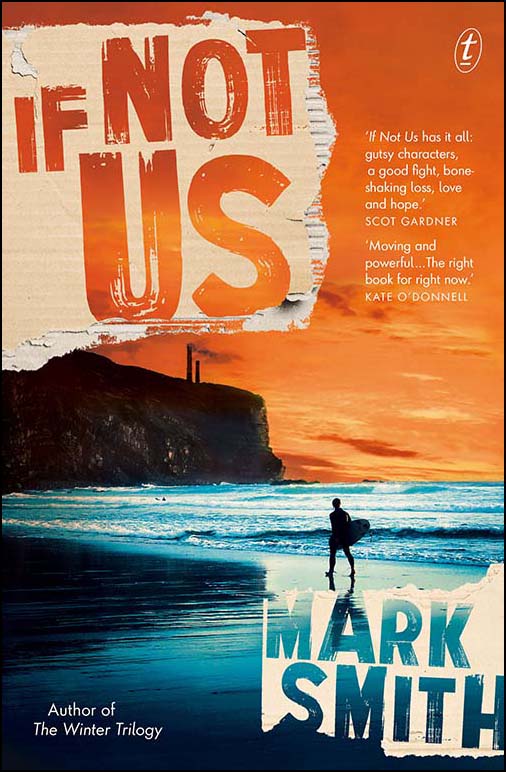 From the author of The Road to Winter trilogy comes an empowering standalone novel about the courage and consequences of taking climate action in a small coastal community.

He'd always accepted the mine and power station were part of Shelbourne. On still nights, the thrum of the turbines echoed down the valley and melded with the sound of the ocean until you couldn't tell them apart.

Hesse lives a small coastal town, where a coalmine and power station are a part of the scenery, and a part of the ever-growing problem of climate change. His mum is a member of a local environmental group campaigning to close the mine and shut down the power station. It's a no-brainer, of course, but Hesse is more interested in surfing - and in Fenna, the new exchange student from the Netherlands.

But when someone seems to be trying to derail the campaign, and his friends' families face losing their jobs, Hesse begins to realise that things are complex.

Even though he's reluctant to step into the spotlight, with Fenna's encouragement he decides it's time to make a stand. Because some things are too important to leave to everyone else. And even one small, nervous voice can make a difference.

When Hesse agrees to speak at a protest meeting he has no idea of the storm he is about to unleash.

If Not Us is Mark Smith's first standalone YA novel following his hugely successful Winter trilogy. It's another great story with an engaging and relatable protagonist, as well as an impassioned plea for climate-change action that will inspire and empower readers of all ages.

This is a memorable Australian novel that tackles the important issue of climate change and the impact that this can have on communities.
In this case, the setting is a small coastal town that has long been home to an old coal mine. Some people want it closed down, but for forty workers and their families, it is their income source. As a result, any plans regarding the future of the coal mine are sure to divide the town in half.

Our main character is teenage surfer Hesse. He becomes the face of the campaign to shut the mine, via a worldwide Twitter campaign - #I’mWithHesse - that goes viral after he speaks at a rally.

But the story is also about so much more than just a viral campaign around climate change. It touches on grief, as Hesse still grapples with the loss of his Dad in the surf 10 years earlier, as well as dealing with change, social anxiety, love, bullying and eventual tragedy surrounding the death in a car accident of a local boy.

If Not Us says it all. The future is in the hands of the young and books like this one can only help make that future better!

A great book that is suitable for all teenagers.