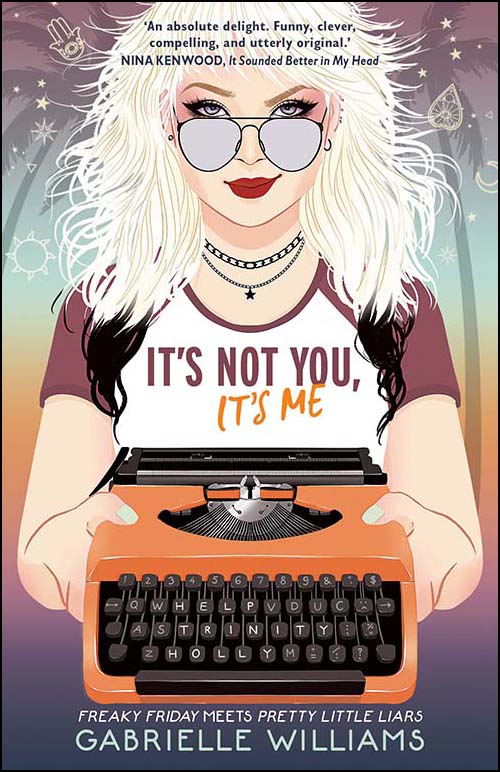 Holly Fitzgerald has inexplicably woken up inside the body of an LA teenager called Trinity Byrne in 1980 - trapping Trinity in Holly's forty-year-old body back in Melbourne, 2020.

Holly finds herself navigating a brand-new body, family and cute boy next door - not to mention rock band that might just make it, and potential kidnapper. Meanwhile, lies intersect with truth, hurtling both Holly and Trinity towards a dangerous fate as the connections between them grow deeper and stranger than either could have ever imagined.

Freaky Friday meets Pretty Little Liars - if the Liars were an all-girl punk band from the 1980s - in this highly original soul-swap story from the critically acclaimed author of My Life as a Hashtag.

This book grabs you on the first page and doesn't let go until the end.

Holly is a 40-year-old Australian women who has been mysteriously thrown into the body of Trinity, a 16-year-old girl in Los Angeles.

There are many twists and turns that I am not going to give away, as there were many I did not see coming! But there are life saving and life changing reasons for the body swap, and the connections between the two characters are many.

To start with, they are both born on the 29th February, and both have the rarest blood type in the world - Rhnull - look it up, only 43 people. Wow!

With themes of your relationship to your body, family, destiny and second chances, this is a wonderful ‘what if’ novel that asks many questions.

I found it totally engrossing! A great read for those aged 13 and above.