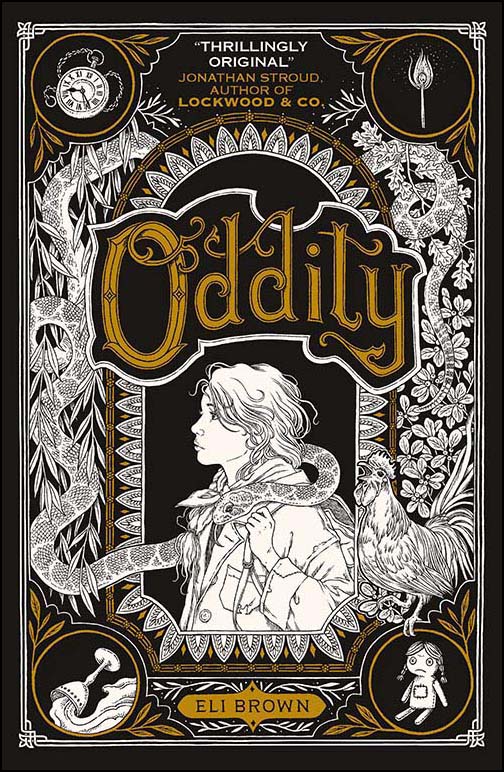 The daughter of a murdered physician vows to protect the magical Oddity he left behind – if only she knew what it was – in an alternate nineteenth century in which the United States is at war with Napoleon's France.

When her physician father is murdered, thirteen-year-old Clover Elkin embarks on a perilous mission through warring frontier territories to protect the one secret Oddity he left behind. And as she uncovers the truth about her parents and her past, Clover herself emerges as a powerful agent of history.

Set in an alternative version of nineteenth century USA, this is the story of Clover Elkin, both her past and her present. When her father is murdered, the last thing he tells Clover is to protect the one Oddity he left behind. The problem is, Clover has no idea what it is!

All she knows is that Oddities have strange magical powers, and some are more dangerous and deadly than others.

I thoroughly enjoyed this book and I loved Clover. She is feisty, smart, kind, compassionate, strong and determined. The story weaves through the wonderful world Eli Brown has created, and is filled with a host of great supporting characters, who all have a part to play in helping Clover uncover the mystery of her past.

Perfect for fantasy lovers, Oddity will appeal to readers in Year 8 and up.