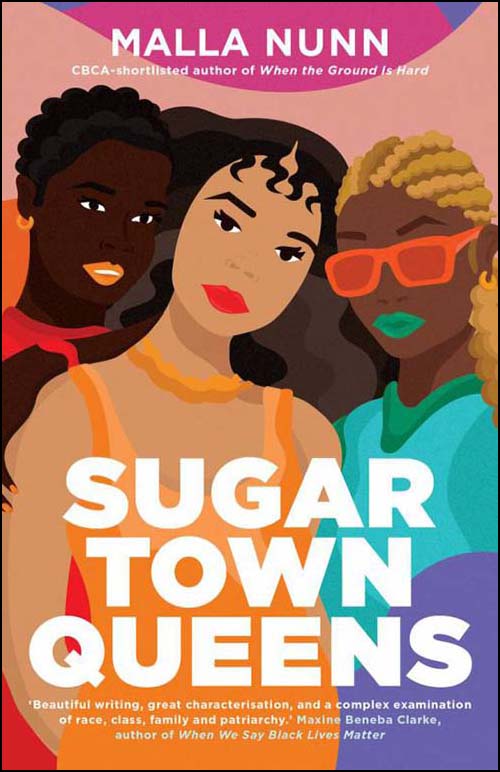 Fifteen-year-old Amandla's mother has always been strange. For starters, she's a white woman living in Sugar Town, one of South Africa's infamous shanty towns. She won't tell anyone, not even Amandla, about her past. And she has visions, including ones that promise the return of Amandla's father as if he were a prince in a fairytale, but their hardscrabble life is no fairytale.

Amandla knows her father is long gone - since before Amandla was born - and she's pretty sure he's not a prince. He's just another mystery and missing piece of her mother's past, and one of the many reasons people in Sugar Town give them strange looks - that and the fact that Amandla is black and her mother is not.

Lately, her mother has been acting even more strangely, so when Amandla finds a mysterious address at the bottom of her mother's purse along with a large amount of cash, she decides it's finally time to get answers about her mother's life. With her best friends by her side, Amandla is ready to take on the devil himself, and as she confronts devastating family secrets and pain that has lasted a generation, taking on the devil is exactly what she must do.

The author draws from her personal experience of growing up in a changing South Africa to bring us this powerful tale.

Our story is based around 15-year-old Amandla, who lives with her often strange mother in a shanty town. The two have their differences, in addition to their obvious physical difference - her mother is a white woman, and Amandla is black. Her mother is very secretive about her past, and Amandla knows nothing about her father.

Amandla dreams of a better life for herself. But then comes a bombshell - Amandla is actually the granddaughter of one of the wealthiest families in Durban.

When she meets her grandmother, Mayme, they have an instant connection. But Mayme is ill and doesn't have much time. Can they possibly get her grandfather, who exiled her Mum when she got pregnant to a black man, to ever accept them in his life?

This is a powerful story of confronting racism, with particularly strong female characters who want to change the world.

Packed with themes of family and their secrets, racism, prejudice, class, friendship and empowerment, this is a terrific novel for all teen readers.