The Theory of Hummingbirds 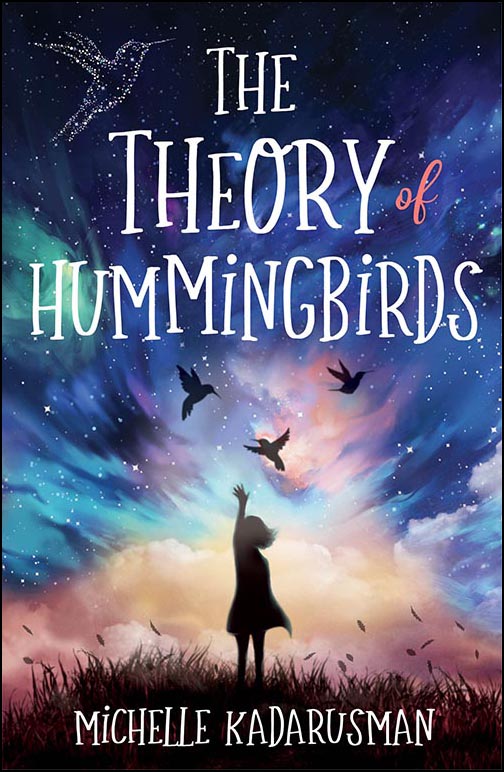 A heartfelt #ownvoices story celebrating best friends, wormholes and loving who you are.

Alba has been best friends with Levi since forever. They're both obsessed with hummingbirds and spend their lunchtimes hiding out in the school library. Alba normally doesn't mind that Levi's got a science theory on just about everything. But when he becomes convinced the school librarian has discovered a wormhole in her office, Alba thinks maybe he's gone too far.

Then there's Cleo. That's what Alba calls her left foot, which was twisted in the wrong direction at birth and has been strapped in a brace for most of Alba's life. With the final cast about to come off, Alba is set on running in her first cross-country race. But what if Levi doesn't believe she can do it?

Alba's only ever wanted to be 'normal', so why does it feel like she's losing more than Cleo and a pair of crutches?

Alba and Levi have been friends forever. Alba has a foot that has been twisted since birth, that she calls Cleo, and Levi has severe asthma. They were both always left out of sports classes and became the best of friends.

They both love Hummingbirds, Levi loves science and Alba just wants her foot to finally be normal. When Levi thinks their Librarian is visiting worm holes, Alba thinks he might be going crazy. But when Alba says she wants to run in the school cross country race when her cast comes off, Levi thinks she is the crazy one. Will they ever talk to each other again or is their friendship over?

This is a beautiful story about facing up to hardships and the joy you can only find with a true friend. Readers will love Alba and Levi and their friendship, and will easily relate to the struggles they face, both alone and together. We would all be much happier if we followed their theory - love who you are and what you can do!

A perfect story for readers in Year 4 and up about the power of friends and never giving up.