The Things We Promise 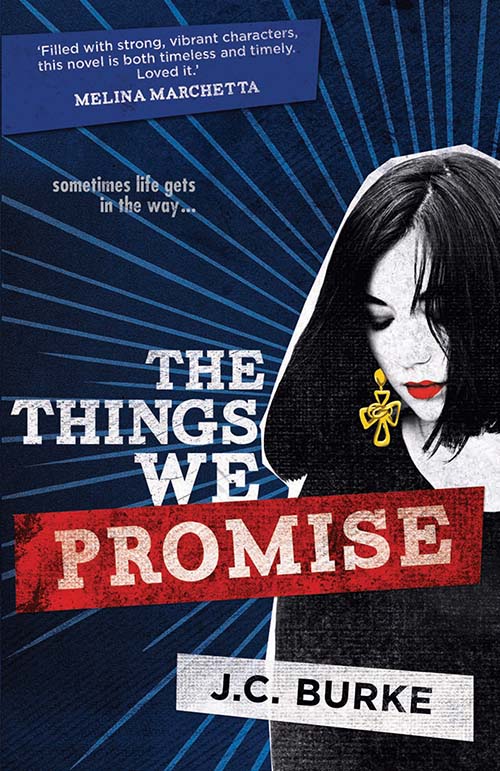 There are two things you need to know about me. The first is that I remember life by what I was wearing. The second is that I think too much… It's the early 1990s and all Gemma can think about is looking perfect for her first school formal. Gemma's brother Billy - New York's up and coming hair and make-up artist - has made her the ultimate promise: he's returning home especially to 'create magic' on her and two friends for their end-of-year formal. Gemma's best friend, Andrea, is convinced it'll be their moment to shine; Gemma hopes it's the night Ralph will finally notice her…

But when Billy arrives home from New York, Gemma's life becomes complicated. Her family's been keeping secrets; friendships are forged and broken; and suddenly the length of her formal dress is the least of her worries…

Set in a time of uncertainty and fear, The Things We Promise is a beautifully told novel that sings with emotion, humour and heartbreak.

This touching story transported me back to a time I had almost forgotten, in the early 1990’s when the AIDS epidemic began, and the fear and hysteria that took hold during that time.

This is the story of Gemma in the lead up to a big event, her formal at the end of the year. Although her Dad left when confronted by her brother Billy’s homosexuality, Gemma’s life has been relatively normal. Billy is a celebrity hairdresser in New York, and everything is going well—he’s even going to come back to Australia to style Gemma and her friend for their big night.

But when Billy arrives from New York, things aren’t quite what Gemma expected. Her family is suddenly keeping secrets, and on top of that Billy isn’t well.

The Things We Promise looks at how people react to and cope with illness, especially one generating fear and uncertainty.

Written by a fabulous Australian award winning author, J.C. Burke vividly brings to life a time that those of us old enough to live through had probably filed away, and maybe wanted to. For a generation that didn’t live through the AIDS epidemic, it brings the fear and uncertainty to life in a sensitive and empathetic way. A fabulously written depiction of Australian life and thoughts at the time that should be remembered and discussed by teenagers today.