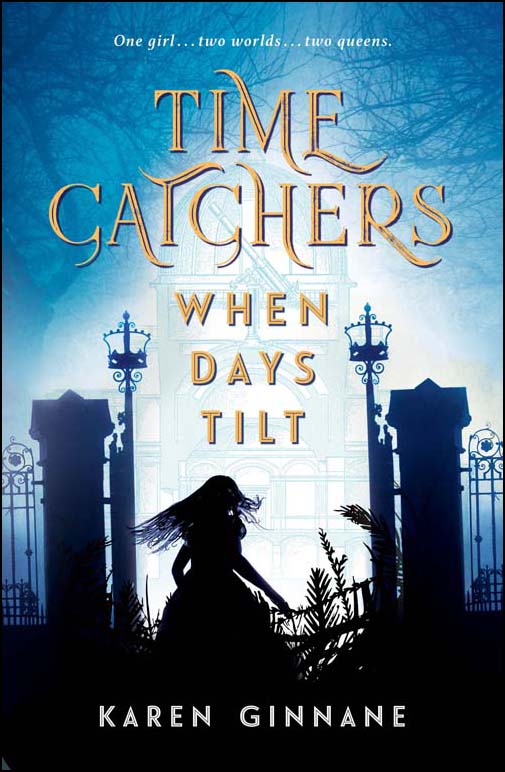 Magic, mystery and darkness - a gripping fantasy adventure for lovers of Philip Pullman's Northern Lights. In this page-turning debut, one girl must figure out why she is the key to two worlds, before time itself falls under the control of the powerful and the greedy.

A historical fantasy adventure for teens set between Victorian London and a darker parallel city.

It's 1858, and there are two queens on the throne. Victoria reigns over London, the biggest city the world has ever known. But London has a secret shadow city, called Donlon, where another queen, the Green Witch, rules her own domain - time.

London is in turmoil. The Thames is at the height of the Great Stink; a blazing comet is searing the sky; technology is moving so fast it seems otherworldly; and the city is exploding with more people than it can hold. Darwin is about to publish his theory of evolution and humanity's very place in the world is in question. On top of all this, people are disappearing into thin air. If they return, it is with empty eyes and torn souls, never to be the same again. Ava, a fourteen-year-old Londoner, feels trapped by the limited life of a young Victorian woman and by her watchmaking apprenticeship with her father. Her predictable world is turned upside down when she discovers that the body in her mother's grave is not her mother, but a stranger.

When Ava goes in search of her real mother and her true identity, she is thrust into the dark world of Donlon and must fight a battle to save those she loves and the future of both worlds…

Ava lives in Victorian London with her watchmaker Dad, and feels trapped in this very predictable and closeted world.

But when Ava finds out that her mother is not dead, she is determined to find out where her real mother is. This lands Ava in two worlds - London, and it’s secret twin city, Donlon. Can she solve the mystery of why people keep disappearing into thin air? What dark secret is hiding in Donlon? Will she find her mother and, if she does, can she help Ava?

This is a wonderful fantasy adventure that will enthral readers. Ava is a wonderful character and I loved her bravery, and her strength in her quest to find out who she really is. Full of courage, compassion and honesty, it is also a story of the true meaning of family, in all the many forms.

It is a perfect read for fantasy lovers in Year 8 and up, and I can’t wait for the sequel.