Fizz and the Police Dog Tryouts 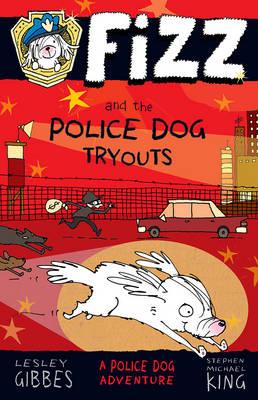 Meet Fizz - the daring dog detective! Fizz wants to be a police dog. He's brave, clever and super-fast, but Fizz doesn't look like a police dog. His family are show dogs and companion dogs, not working dogs.

Fizz longs for adventure, and he's determined to try out at the Sunnyvale City Police Station. There, he is the smallest, fluffiest dog in the line-up, and he meets fierce Amadeus, who definitely wants to be top dog.

Fizz has always wanted to be a police dog. But his family all think he should follow in the family tradition and be a show dog or a handbag dog! But Fizz has other ideas…

The only problem is that police dogs don’t look like Fizz. He is small, white, and fluffy, but he is also clever, brave, fast, and determined to prove everyone wrong.

When Fizz finds out about the police dog tryouts, he is sure that this is his chance to fulfil his dream. But he certainly didn’t count on there being so many large, scary dogs trying out too.

Can Fizz outsmart all of them?

Newly confident readers will thoroughly enjoy this new series, and be eagerly awaiting Fizz’s next adventure.