A New Kind of Everything 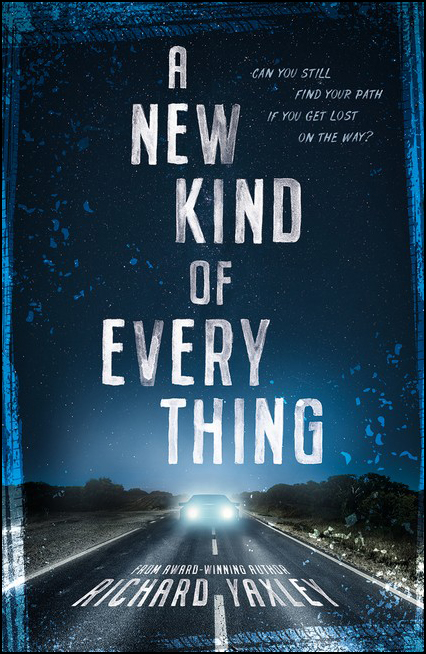 After their father’s reckless death, the Gallagher family must find new directions. Dinny’s mum finds a new form of freedom, but the paths the boys are choosing are pointing them in dangerous directions. Fourteen-year-old Dinny is in danger of repeating his father’s behaviour, and his older brother Carl sees an opportunity for independence. But when Carl becomes involved in the aggressive agenda of an anti-immigration group, a different crisis develops—leading the family to tragedy, insight, and rebirth.

Written in three parts, we look at the life of the Gallagher family after the death of their Dad in a car crash. We experience their mum’s grief, the stress of oldest son Carl taking a wild path, but mostly the story centres on 14- year-old Dinny’s struggle to come to terms with, and maybe even understand, the loss and find some hope for his future.

In Part 1: The requiem: the story looks at the death and the immediate aftermath.

In Part 2: If we jumped: the story looks at the “what if” and deals particularly with Dinny’s struggle.

In Part 3: A new kind of everything: the reader is given a greater understanding of the tragedy surrounding his father’s death, and the ramifications this can have for upset and reckless teenagers,  like Carl. But in the end, it gives hope of a new and brighter future for Dinny and his mum.

This is a riveting YA novel with themes of family, grief and rebirth that I highly recommend for teens 13 and older. It will particularly resonate with boys, but it is a great read for all teens.