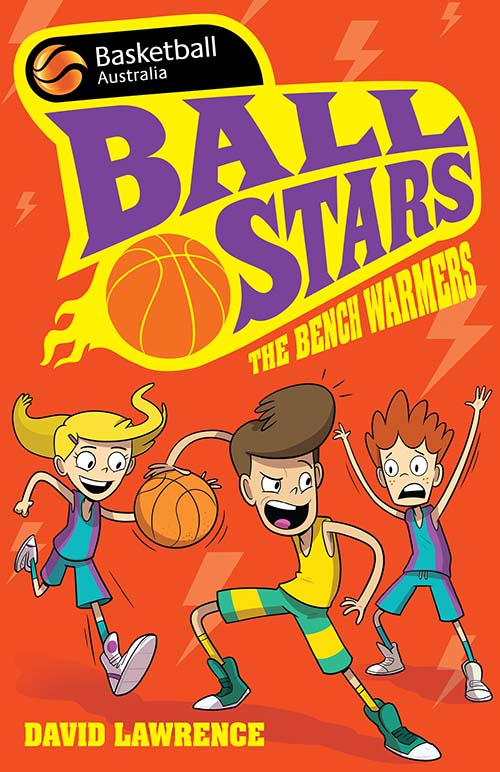 A fun-filled junior fiction series written in partnership with Basketball Australia. Meet The Bench Warmers - Danny, Crystal, Angie, Omyr, Leanne and Cody. They're the new kids at Robdale Primary School and according to basketball hot shot Greg 'The Goat' McGriffin, don't have a chance of winning a lunchtime game.

That might be true, but when the gang are picked as part of the mixed school squad, of which Greg is captain, the tables look set to turn. However it's not all swishes and alley-oops as the school's principal takes over coaching of the team, despite not knowing anything about basketball!

Now, not only do The Bench Warmers have to listen to Greg telling them how good he is, they have to train themselves. Can they shake off their name in the interschool competition, or will it just be another reminder of where the newbies really belong?

When Danny moves house, his life looks like it will be the same as before - endless hours of sitting on his computer playing games and reading comic books. But when his Dad suggests he should really get outside more, he discovers that basketball is pretty fun and that, surprisingly, he is a great shot!

When he starts at his new school and meets the other new kid, Crystal, his school life looks up too.

With the school basketball team tryouts about to happen, Danny and his new friends embark on a mission to win the Interschool Basketball Championship. But it won’t be easy... First they must deal with the pushy Principal, Miss Take and her unfair ‘bench’ practices, as well as put up with Greg “The Goat” McGriffin bragging about his skills. Will they have any chance at the Championship?

This is a fabulous story about standing up for others, overcoming fears, making new friends and also realising that there is more to life than sitting in front of a computer screen!

It is the first in new series that middle level readers will all enjoy. It has both humour and lessons to be learned.