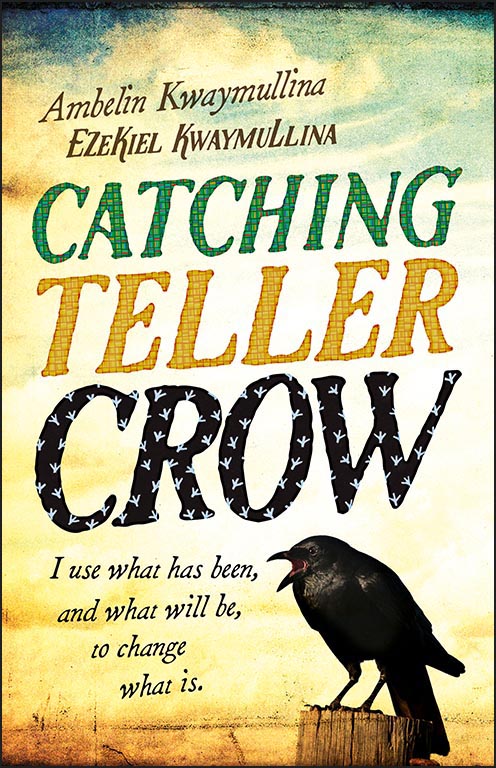 Nothing's been the same for Beth Teller since she died. Her dad, a detective, is the only one who can see and hear her - and he's drowning in grief. But now they have a mystery to solve together. Who is Isobel Catching, and what's her connection to the fire that killed a man? What happened to the people who haven't been seen since the fire?

As Beth unravels the mystery, she finds a shocking story lurking beneath the surface of a small town, and a friendship that lasts beyond one life and into another. Told in two unforgettable voices, this gripping novel interweaves themes of grief, colonial history, violence, love and family. Catching Teller Crow is an up-to-the-minute tale that goes straight to the heart of Australia's darkest history.

Through poetry and story, with great sensitivity, the Kwaymullinas pick up and deal with subjects most authors in this country find too hot to touch. Terrible crimes lie at the centre here; viewed through the eyes of young women of unquenchable spirit, they can be approached, examined, and ultimately solved.

This novel will turn gazes in the right direction, and make the caw of every crow more resonant.

From an Aboriginal brother and sister team, Catching Teller Crow is an amazing first YA novel from the pair.

Having recently died in a car accident, Beth Teller cannot leave her grief ridden detective father until she knows he will be ok. His first job is supposed to be a mundane one - to look into a fire at a rural children’s home - where one adult body was found. But with Beth’s help, and their other ‘witness’, the ghost of Isobel Catching, they uncover so much more.

It is a ghost story, of sorts, but it is also a thriller. Set both in the present and in the past, and told in two voices, the story sets about uncovering the terrible crimes that have affected Beth’s rural town, but also Australia’s past.

With themes of grief, indigenous identity and culture, justice, Australian history, feminism and family, this is a fantastic novel for teenagers aged 14 - 18.