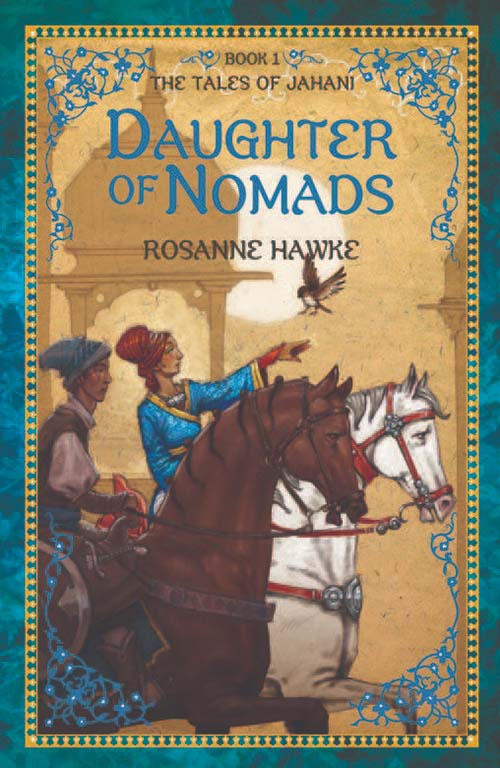 First moon of summer, 1662: On the edge of the Mughal Empire, fourteen-year-old Jahani lives with her mother in the village of Sherwan. Surrounded by the majestic snow-topped mountains, her life is happy but simple; Jahani enjoys spending time with her best friend Sameela who is about to be married. So why is Jahani plagued by dreams of fire and a child who has lost her mother? And why does she feel like she doesn't belong?

After Jahani and Sameela are attacked in the bazaar, Jahani discovers all is not as it seems. Before long, Jahani is fleeing on a warhorse with the mysterious protector Azhar. Surrounded by deceit and danger, Jahani does not know who to trust as Azhar leads her higher north over treacherous terrain towards the fabled Qurraqoram Mountains. But when they reach their destination, will Jahani find out the truth and be in control of her own destiny?

Set in 1662 in the Mughal Empire, Jahani lives a simple life with her mother and her best friend Sameela in the village of Sherwan.

When the girls are attacked, Jahani discovers her life is not as simple as it seems. She flees the city with the mysterious protector called Azhar. But can Azhar be trusted?

More secrets unfold as they travel North and Jahani begins to wonder who she really is and what the strange dreams she is having really mean. Will she ever find her true fate?

This is a beautifully told story with adventure and intrigue at every turn. Roseanne Hawke’s books are always hard to put down and this is no exception.