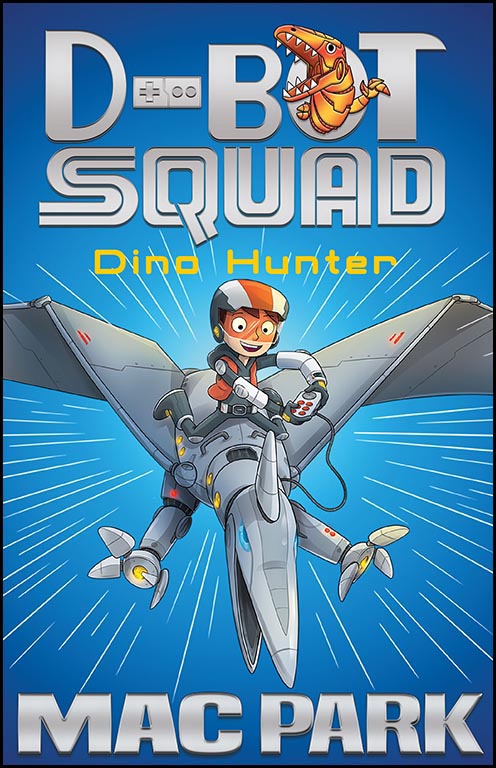 Dinosaurs are back, and on the loose! It's up to D-Bot Squad to catch them. Hunter Marks knows everything there is to know about dinosaurs. But does he know enough to pass the computer game test and make it into top-secret D-Bot Squad? D-Bot Squad is written to get kids reading - and keep them reading.

Combining un-put-downable content with success-reading readability, D-Bot Squad will have even the most reluctant readers devouring all eight books.

This is the first book in a great new series for emerging readers.

Hunter was already excited as it was Book Week and he loved books! But he also loved dinosaurs, and he had even dressed up as a dinosaur hunter for the school parade.

When Hunter is convinced he saw a real life dinosaur out the window, none of his classmates or his teacher believed him. They all just thought he was making it up - they were all used to his constant dinosaur talk!

But when Hunter finds himself on an errand to the library, he has no idea what real adventure awaits him in Ms Steggs dino-cave. Can he make a d-bot that can catch a real life dinosaur?

This book is action packed and emerging readers aged 5+ are sure to be eager to read the next instalment.

Visit the website http://macparkbooks.com/d-bot-squad/ to find out more information and activities.