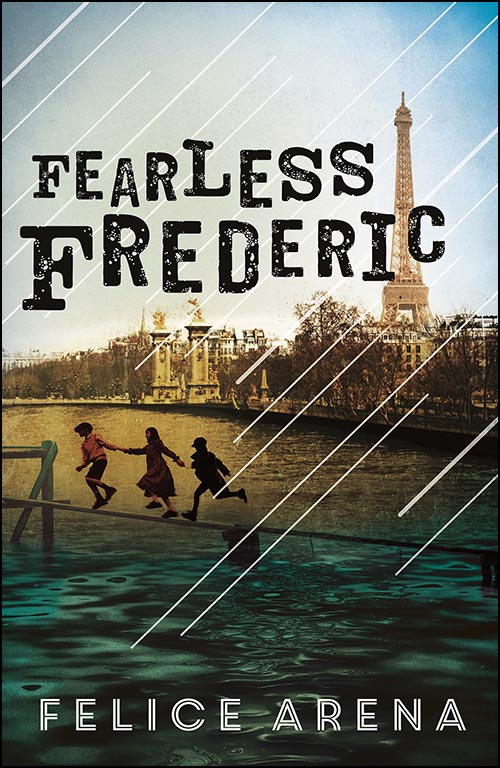 When the river rises and the city of Paris begins to disappear under water, Frederic decides to help those who can't help themselves. But as his heroic acts escalate, so does the danger. Frederic will have to battle an escaped zoo animal and fight off pickpockets and looters but, as the waters subside, can he find justice for his father and find out what courage really means?

It is great to have such an accomplished Australian author writing independent middle-grade stories with meaning.

Inspired by the Paris floods of 1910, this adventure has a young Frederic, whose father was murdered during a robbery at the Louvre, tackling many difficulties.

Together with his new found friends, Claire and Thierry, they encounter pick pockets, store robbers and even the thief who murdered his father. Lucky Frederic was a trained junior boxer!

Even an encounter with a crocodile that has escaped from the zoo doesn't stop our hero from trying to help.

This is a fantastic adventure filled story that is based on real historic events. It has strong themes of friendship, justice and doing your best.

It is ideal for middle-grade readers, Years 5 - 8.

Teacher Notes prepared by the publisher are available on our website for this title.