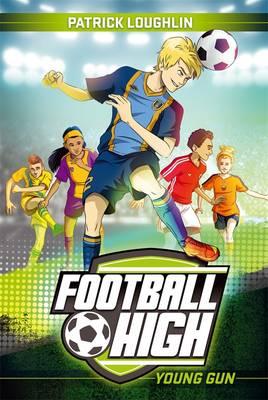 Can the new recruits kick it with the best young talent in the country? Twelve-year-old Nick dreams about football - and his dreams are big: state squad, Joeys, A-League, Socceroos . . . and that's just for starters! So when Nick wins a scholarship to the prestigious National School of Football, his dreams look set to come true.

What Nick doesn't realise is that he's just another young gun in a place brimming with skilled footballers. Enter Bazzo, Lexi, Grace, Kristy and Kane. With schoolmates like these, Nick figures his time at the NSF will be unforgettable. And when word gets out that Nick's dad is none other than former Socceroo and Arsenal star Shane Young, Nick's prediction comes true in the worst possible way.

All eyes are on him. Does Nick have what it takes to make it at Football High or will reality hit like a well-struck football to the back of the net?

You may think that this story is just for football lovers, but there is far more to it than just sport.

Nick Young loves football. It’s all he thinks about. So when he applies for and is accepted with a scholarship at the new National School of Football, he is ecstatic. But if Nick thinks that he is going to be able to keep the secret about his famous football father, he is wrong.

How will the extra pressure and expectation affect him?

Although the story is based around football, it is also the story of a young boy finding out and accepting his own identity, starting high school, making new friends, navigating the world of girls, dealing with pressure, and coping with those out to make his life difficult.

It will be enjoyed by readers in Year 5 and up.