Girl Out of Water 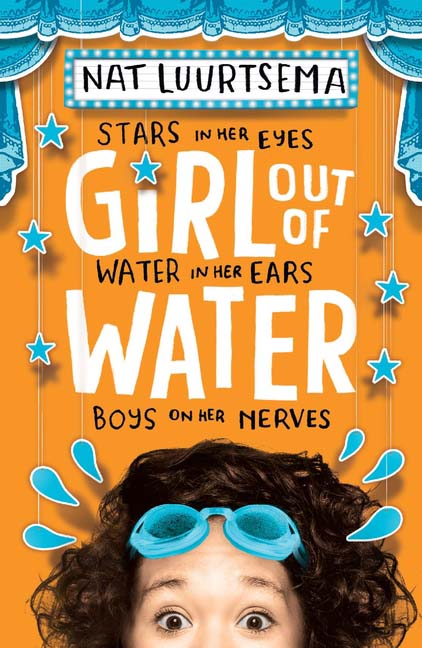 Stars in her eyes, water in her ears, boys on her nerves... Lou Brown is out of her depth.

Lou Brown’s life is going down the pan. Best friend Hannah sailed through the Olympic time trials and is off to her fancy-pants new swim training school, while Lou’s own failure to qualify leaves her without a hobby or a friend. As Lou tries to navigate her post-swim world, a chance encounter with three boys with stars in their eyes takes her life in a surprising new direction. One that leads to a crazy world of underwater somersaults, talent show auditions, bitchy girls and one great big load of awkward boy chat.

Lou Brown is a swimmer. Or at least she used to be!

When she misses out on the Olympic trials and her best fiend Hannah gets through, she finds herself completely lost and alone.
Hannah and Lou were inseparable and really only spent time with each other. But now with Hannah off at the training camp, where Lou should be too, she finds herself isolated and lost. What will she do without swimming? It was her life!

When she suddenly and unexpectedly finds herself training and helping three boys who have a crazy idea to go on Britain’s Got Talent, Lou’s world changes. She has a purpose - teach these dancing boys to swim so they can perform a synchronised swimming routine on TV.

But not all goes according to plan and Lou, normally the good girl of the family, finds herself in trouble, in more ways than one.

It is a fun read, but it is more than that. It has topics in it that many will relate to - overcoming disappointment, dealing with nasty girls, re-thinking your future, an unconventional family, accepting and being yourself and making friends.

Although I am sure boys would enjoy this one too, it is probably more suited to girls 14 +.