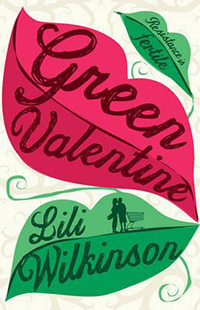 Hiro is the opposite of perfect. He's slouchy, rude and resentful. Despite his brains, he doesn't see the point of school. But when Astrid meets Hiro at the shopping centre where he's wrangling shopping trolleys, he doesn't recognise her because she's in disguise - as a lobster. And she doesn't set him straight.

Astrid wants to change the world, Hiro wants to survive it. But ultimately both believe that the world needs to be saved from itself. Can they find enough in common to right all the wrongs between them?

A romantic comedy about life and love and trying to make the planet a better place, with a little heartbreak, and a whole lot of hilarity.

This is a great read for people who enjoy a modern day teen romance and anyone who wants to do their bit to save the environment.
I liked this book because I could really get behind their environmental cause, but also involved in their romance and the trials of teenage life.

Although the story is told from Astrid’s perspective, when things went wrong for her I found myself supporting her relationship with Hiro more than I supported either of the characters individually, which made their troubles all the more heart-breaking.

Lili Wilkinson found a way to make me think there was no possible way for Hiro and Astrid to resolve their problems and save their little town of Valentine. Only one little detail that was overlooked by everyone could finish the story in such a great fashion.

As a teen myself, I could easily relate to the struggles and trials Hiro and Astrid go through in school, family life and their relationship, which made it very hard to put down.

Will be enjoyed by boys and girls 14+.