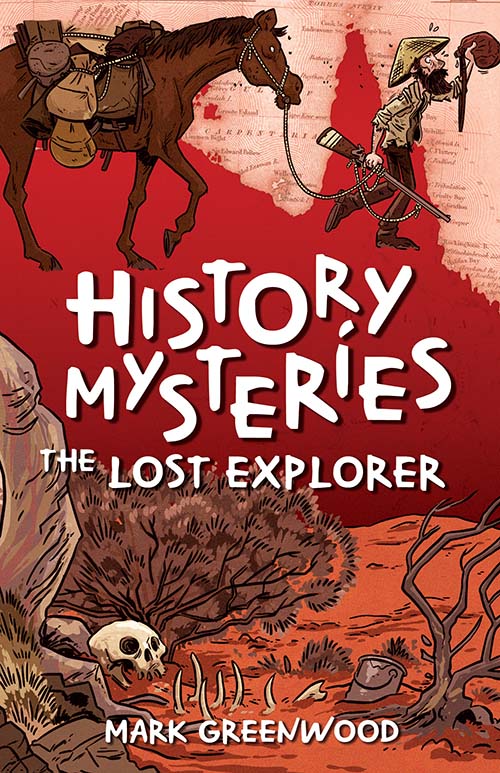 In 1848 the famous explorer Ludwig Leichhardt sets out on an epic journey. His aim is to cross Australia from east to west, but he never reaches his destination and no one from his expedition is ever seen again. Countless search parties set out to look for the expedition but no trace is ever found. Until a young boy is given an artefact with an incredible story . . .

This is a fabulous new history based ‘series-with-a-twist’ by Mark Greenwood. All titles leave the reader with things to discover and mysteries to solve, and will make for great class discussion and debate.

This one follows the mysterious disappearance of explorer Ludwig Leichhardt.

Set during a time of great exploration in Australia, Ludwig was determined to travel to investigate the vast land that remained unexplored. These were extremely dangerous adventures, with many losing their life in this pursuit. But just how far across the continent did Ludwig get?

The biggest clue, a gun plate inscribed with Ludwig’s name, was found in 1900 by two gold prospectors, Jackie and Charlie, with Charlie taking a very keen interest in the story. His fascination with Ludwig’s disappearance is passed onto his young friend Reggie, to whom he also entrusted his treasured find. With some help from professionals in this field, could Reggie really solve this mystery? Or can you put the clues together about the disappearance of Ludwig Leichhardt?

A fabulous and intriguing Australian historical mystery that will leave you wanting to read the rest of the series.