How To Spell Catastrophe 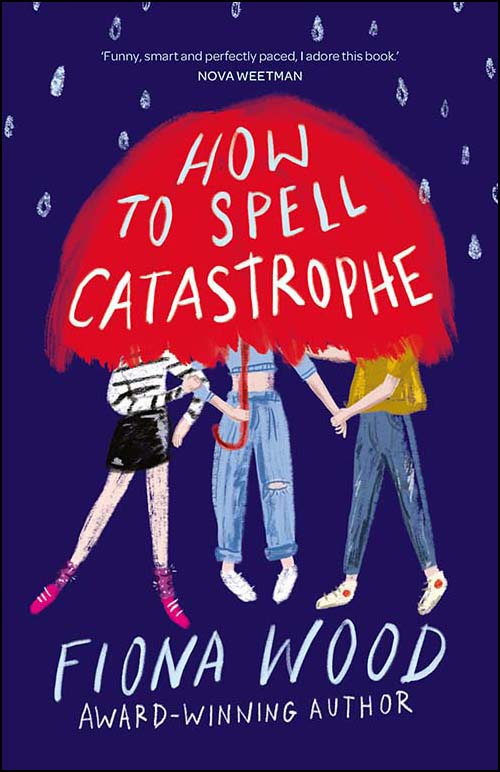 Nell McPherson is a catastrophe expert, but nothing has prepared her for the impending catastrophe of her mum's plans to merge families with boyfriend, Ted and his annoying daughter, Amelia. As if that's not dire enough, grade six is turning into an emotional obstacle course as Nell moves away from her old spelling bee friends and into some rule-bending with new girl, Plum.

When Nell decides to tackle the biggest catastrophe of them all, climate change, and campaigns for grade six to attend the School Strike 4 Climate, old friends and new will come together, and along the way plans to foil the family merge give way to an understanding that it might not be such a disaster after all.

This is a terrific novel, based around the changing life of 12-year-old Nell.

Nell’s relationship with her BFF, Cecily, is different now that the new and exciting Plum has arrived at their school.

Nell’s Mum is determined to merge their family with her boyfriend Ted and his annoying 7-year-old daughter Amelia. It’s going to be a disaster!

And Nell is a master of spelling, but has suddenly decided that she no longer wants to compete in spelling bees. She would rather spend her time attempting to get the school to allow the Grade 6’s to go to the School Strike 4 Climate.

Then one thing happens that abruptly changes her for the better...

Written beautifully and filled with emotion and themes of blended families, growing up, evolving friendships, environmental activism and doing good in the world, this is an ideal novel for those aged 10—14.