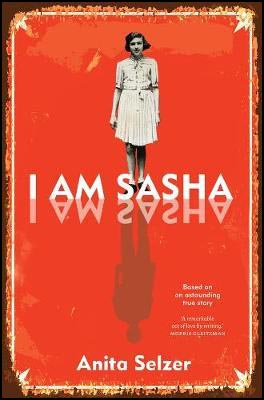 It is German-occupied Poland in 1942 and Jewish lives are at risk. Nazi soldiers order young boys to pull down their trousers to see if they are circumcised. Many are summarily shot or sent to the camps.

A remarkable mother takes an ingenious step. To avoid suspicion, she trains her teenage son to be a girl- his clothing, voice, hair, manners and more. Together, mother and son face incredible odds as their story sweeps backwards and forwards across occupied Europe.

Reminiscent of the Anne Frank story, I am Sasha depicts the extraordinary real life story of a Jewish family’s survival in German-occupied Poland.

The family hid in a roof, and in a barn, until finally Sasha’s mother gets them fake non-Jewish identities. These identities turned Sasha into Sala (a girl) so that his circumcision, which if discovered would result in certain death, could be concealed.

Set in WWII Poland, that it was invaded by the Germans and eventually liberated by the Russians. It shows the fight undertaken by both Jewish and non-Jewish people to resist, and the work of so many people to save others and undermine the German war machine.

Retold by Sasha’s daughter, from notes penned by her Sasha’s mother, this family experienced much hardship and death, but they ultimately survived to be able to share their remarkable journey.

I am Sasha is easy to read, and a fascinating story which makes for a wonderful novel. Although dealing with a traumatic and tumultuous period of history, it is not too graphic about the horrors of war, which makes it a great read for all junior secondary students.