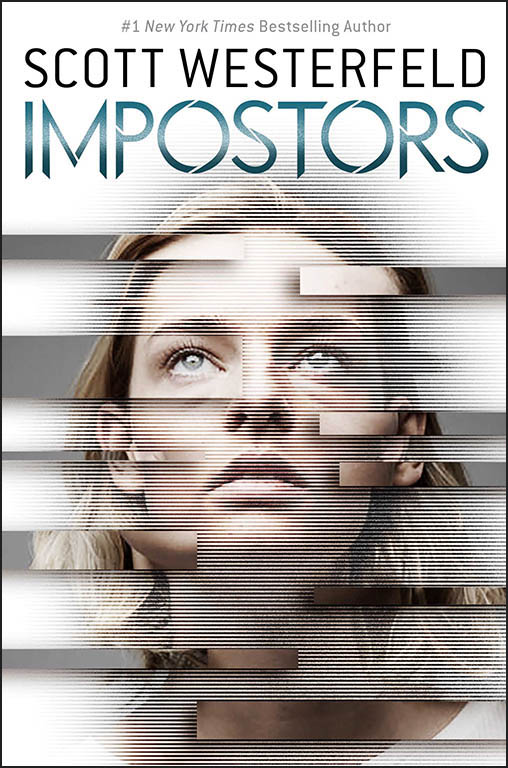 Frey was raised to take a bullet. She's the body double for her twin sister Rafia - the precious heir of the first family of Shreve - and her existence is a closely guarded secret. So while Rafi was schooled in poise and diplomacy, Frey was drilled in weapons and combat. Her purpose: to protect her sister from their tyrannical father's many enemies.

When Frey is sent in Rafi's place as collateral in a precarious business deal, she becomes the perfect impostor - as elegant and charming as her sister. But Col Palafox, the son of a rival leader, is getting close enough to spot the killer inside her. As layers of deceit peel away, can Frey become her own person, and risk everything in a rebellion?

Master storyteller Scott Westerfeld returns with a brilliant new series set in the world of his bestselling Uglies series.

Set in the same world as Scott Westerfeld’s Uglies series but a number of years later, this is the story of twins Rafia and Frey. One has been raised as the precious daughter of a despot leader, the other hidden away and taught how to kill to be her sister’s double.

When Frey takes Rafia’s place as a hostage in a precarious business deal, little does she know the risks she faces - especially form the charming Col Palafox, son of her hostage takers.

When things start to go to terribly wrong, Frey and Col must decide whether they can trust each other enough to share their secrets and save their lives.

This is the first book in a new series, and while it is set in the Uglies world, it is a standalone title. However, fans of Scott Westerfeld’s previous books will absolutely love this one too. It has an amazing array of fascinating characters, including a father who will stop at nothing to hold on to power. The stars of the show are definitely Frey and Rafia, and the complex lives they must lead to maintain the illusion that there is only one of them.

This will become a favourite lovers of fantasy and sci-fi as it is so fast paced that it is impossible to put down. Best suited to readers in Year 8 and up.