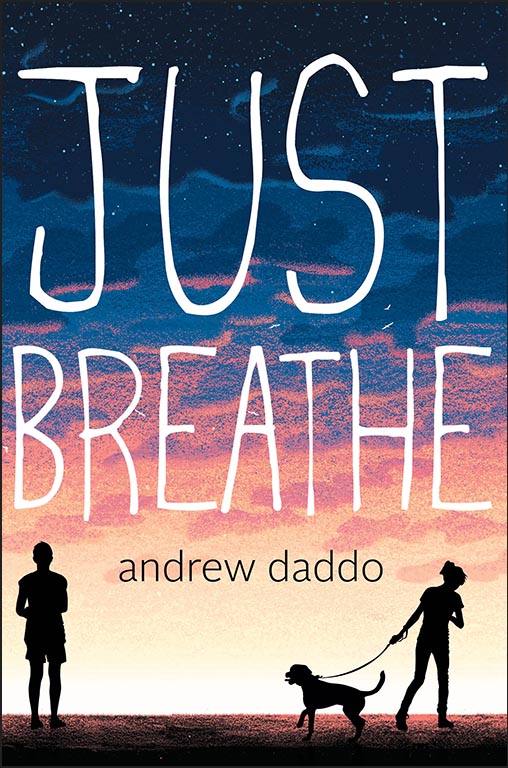 Hendrix's father has a vision - to see Hendrix run for Australia at the Olympics. His days are completely mapped out - what he eats, when he trains, when he sleeps, even the air he breathes.

There was never room in that vision for a girl, especially in the lead-up to the Nationals. Yet fate works in funny ways, and when Hendrix literally bowls Emily over on a training run, he just can't get her out of his head. His life and priorities take a turn as he falls for her.

But Emily has a deadly secret that she's scared to share even with Hendrix. As their bond grows and Hendrix strays further from his father's strict regime, the tension builds to a heart-wrenching climax.

I think this latest book by Andrew Daddo is his best yet!

Mixing the Australian country culture with inner city Melbourne life as our two main characters cross paths. They are mature teenagers who have to deal with complex issues.

Hendrix (Drix) has shared his father’s belief that he is a brilliant runner, destined for greatness. But his Dad is totally fixated on the extreme training regime required to accomplish this dream.

Emily has moved from Benalla with her Mum to Albert Park so she can be close to the children’s hospital, as she has a tumour at the base of her brain, surrounding her spinal chord, that they are not sure how to treat.

They met, and literally collided, while she is walking her dog, Lucky. They have an instant connection and this relationship quickly develops. Unfortunately, this situation is totally unacceptable to Drix’s Dad - with State and National titles looming, he believes that Drix cannot afford any distractions.

It was great to see these characters maturing at their own pace and facing their real challenges both alone, and then ultimately with someone else in their corner.

With themes of ill health, inner strength, relationships and finding your place in the world, I found this a wonderful read with a fantastic and climactic ending.