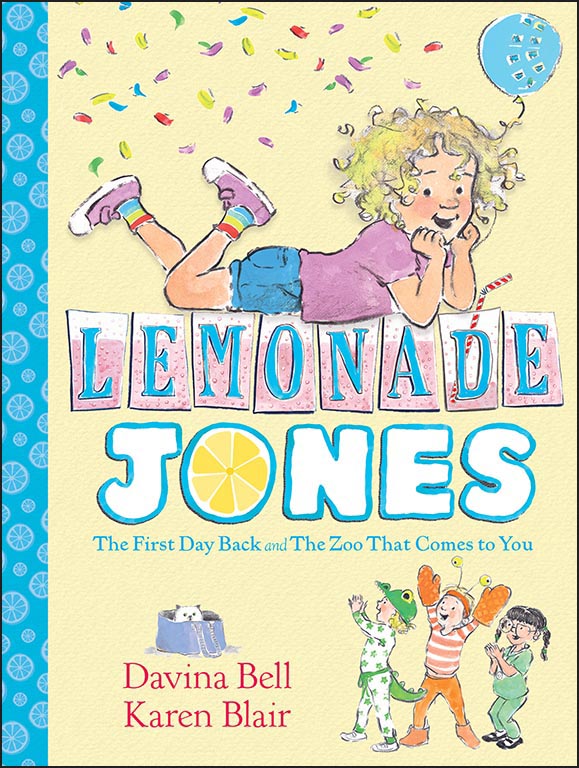 There are a lot of rules that don't interest Lemonade Jones. No running in the classroom, not even in an emergency. Dangerous animals should be in cages. No biting. (Not even your worst enemy.) But it's especially hard to stick to the rules when you're making life loud and exciting. And Lemonade Jones likes it when loud and exciting things happen. Two delightful stories about Lemonade Jones - a feisty girl with a lot of fizz!

This is the delightful first book in a new series, that contains two stories in one.

Lemonade Jones is a young girl who doesn't like rules and likes to ask questions. She is full of character and enthusiasm and she will quickly win your heart.

In the first story, Lemonade Jones finds herself starting at a new school in Year 1, as her previous school has shut down. But Lemonade isn't worried! Unfortunately, things don’t quite go to plan and she learns some very valuable lessons.

The second story centres around Lemonade’s sixth birthday and she is so excited as this is the first party that she has ever been allowed to have and it is going to be the best party ever! Or is it?

These stories will be thoroughly enjoyed by emerging readers, especially junior girls.