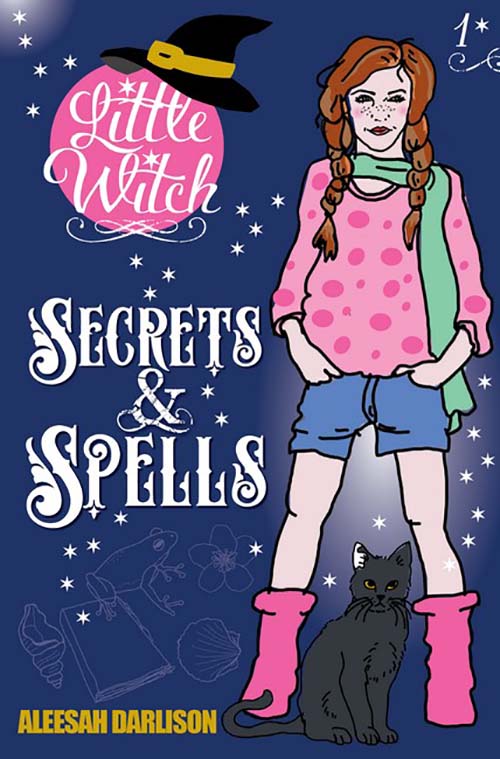 Secrets & Spells is the first instalment in the sparkling, magical Little Witch series from one of Australia’s popular children’s authors. The tiny beach town of Mixton Bay was not Courtney’s idea of a holiday. In fact, she thought it was the sleepiest, most boring holiday place ever! Little did she know that family secrets, magic and mystery, and the memory of her grandma Delia would result in a magical holiday to remember.

Courtney does not want to go to beautiful Mixton Bay with her parents. The summer holidays are just beginning and all her friends will be left behind. Her grandmother has just died, and her house has been left to her dad who wants to do it up then sell it.

From the moment Courtney walks in the door she feels a strange connection to the grandmother she has never met. Then she finds a box with her name on it and inside is a book of spells. What follows is six weeks of finding out about family secrets and making new friends, including Ink the talking cat and Justice the cool surfer boy.

Maybe Courtney doesn't really want to go home as much as she thought she did?

This is a perfect series for middle to upper primary students with an interest in fantasy stories and magic. Set in a beachside town somewhere in Australia, readers will thoroughly enjoy this story about family, relationships, growing up and making new friends. After all, what girl hasn't imagined herself as a good witch who can do a little magic?

Will best suit girls from Year 4 and up, and I'm sure readers will eagerly look forward to the rest of this new series.