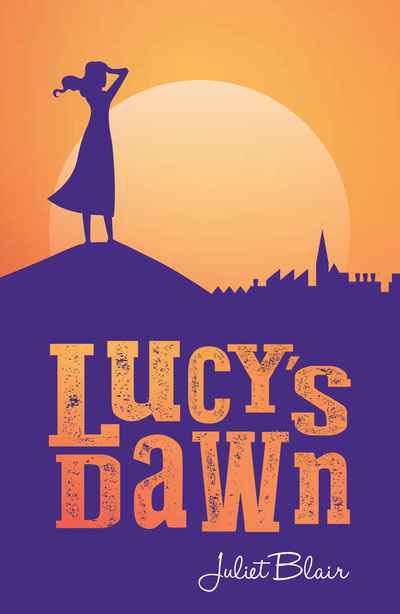 Today has been the most important day of my life. I still don’t know whether to laugh or cry. This is how it all began …

Fourteen-year-old Lucy’s life changes when she starts a job working in Louisa Lawson’s printery, where only girls and women are employed. But it’s the late 1880s and the male printers elsewhere think that this work should be for men only. So they decide to make the girls’ lives difficult!

Lucy has many battles ahead but, in the process, she realises who her real friends are — and finds her first love.

In this story, today’s young women can also find out about the early feminist struggles that were fought over rights that they now take for granted, and about the amazing women who fought so hard to achieve them.

Lucy’s Dawn takes us on a fascinating journey through an exciting and historically important time in early Australia.

It begins in 1889, following the life of 14-year-old Lucy. Her father is a printer and Lucy has spent years helping him. She is, at first, unhappy when he arranges a job for her at Louisa Lawson’s Printworks, as she expected to become her father’s apprentice, but this was to be offered to Tom, her lazy younger brother.

Louisa Lawson was an important woman in early Australia, as she ran a woman’s only business and printed ‘The Dawn’, a monthly women’s paper, and she was instrumental in the suffragette movement in New South Wales that ultimately got Australian women the right to vote. Imagine such a thing!

Henry Lawson was Louisa’s son, and appears in and out of the story, spending time as the only male at the business, doing the actual manual printing run. Lucy’s early infatuation with Henry is charming.

Lucy’s career develops, as does a burgeoning relationship with Charlie, who has always had eyes for Lucy.

The story is set perfectly for the time. A time when what people thought of you was of the upmost importance. Where a man’s world, though still dominant, was just starting to show cracks. And an Australia that was just beginning to mature as a nation. The pressures placed on Louisa’s business to close by unionists who blockaded, threatened and undermined her, claiming that women shouldn't be performing a man’s job was enlightening.

This is an ideal novel for learning and introducing discussion of Australia at the turn of the century. Perfect for all younger secondary students, but girls will enjoy Lucy’s story the most.