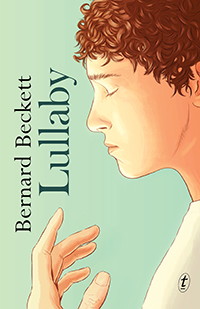 I remember the machine by his bed. It made a sound like sighing. Numbers twitched, unable to settle. A jagged line sawed across the screen. At least it was something to look at. Something that wasn't him. They'd brushed his hair, as if he were already dead. A song came into my head, I couldn't chase it away. 'Girlfriend in a Coma'. I pretended to smile, pretended to be brave. 'Twin brother in a coma,' I mouthed, 'I know it's serious.' He would have laughed. He would have been better than me at this.

Rene's twin brother Theo lies unconscious in hospital after a freak accident left him with massively disrupted brain function. There is hope though. An experimental procedure - risky, scientifically exciting and ethically questionable - could allow him to gain a new life. But what life, and at what cost? Only Rene can give the required consent. And now he must face that difficult decision. But first there is the question of Rene's capacity to make that decision. And this is where the real story begins.

It just so happened that they had traded places on this unfortunate day, where on a date with Emily (Rene’s girlfriend), Theo tried to retrieve a child’s kite and got electrocuted. His brain is fried, but body intact. This leaves Theo is in medical facility that is trying to gain approval for brain implants. His situation provides an opportunity to take the first step and - to implant the memories from one brain into another.

Identical twins provide the ideal situation, but think of the moral dilemma: two identical people thinking they are the same person and having identical memories - could life ever be normal?

Should Rene allow Theo to die or should he try to save him? Who would he really be saving?

Throw Emily’s feelings of betrayal and uncertainty into the mix, and who knows what Rene will choose. But choose he must and as there is not much time left that they can perform the operation and hope for success.

What would you choose?

Lullaby is a thought provoking, enthralling read. It is fairly short and is easy to read, but the content makes it most suitable for middle secondary readers.