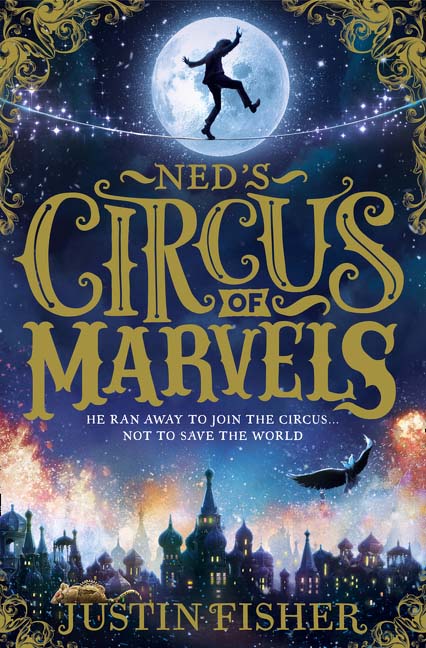 Until the day he discovers it ISN'T AT ALL. Because on Ned's thirteenth birthday he discovers that everything magical he's ever read about or imagined is REAL. And without him, the world will soon be engulfed in monstrous beasts and beings. So with the help of a robot mouse, a girl witch and a flying circus unlike any other, it's up to Ned to swoop in and save the day!

Roll up, roll up, and prepare to be AMAZED by Ned and the marvellous, magical, monstrous flying circus!

Ned Waddlesworth is an unremarkable boy living an unremarkable life. He and his father – a specialist screw salesman for a company called Fidgit and Sons – have settled in the small unremarkable town of Grittlesby. While Ned chafes against his risk-averse father’s obsession with keeping him safe, he’s pleased that they’ve stayed in one place long enough for him to make actual friends.

But everything comes crashing down when, on Ned’s 13th birthday, he and his father are pursued from their home by a pair of truly terrifying clowns. Soon, Ned realises that he isn’t nearly as unremarkable as he imagined. Like his father before him, he is his generation’s Engineer; a person capable of remarkable feats of magic and tasked with keeping the world safe from the creatures that lurk beyond the Veil. But the barrier between this world and the next is deteriorating, and the only people who can rebuild it are The Engineer and The Medic, and The Medic from Ned’s generation is missing…