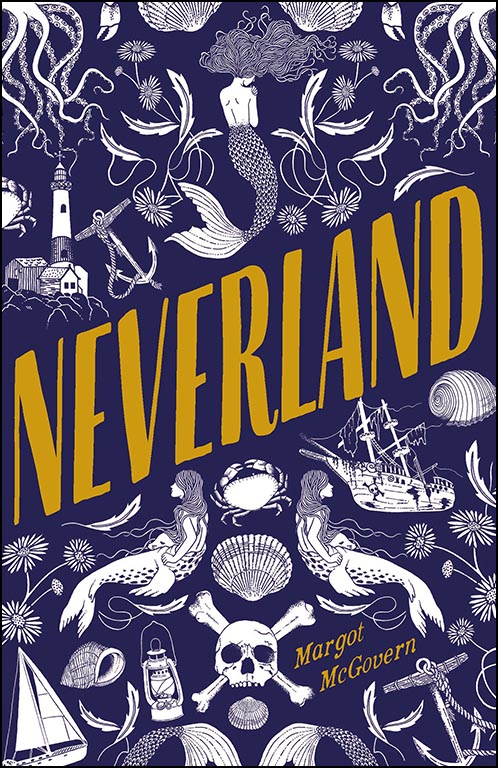 After doing herself near-fatal harm, Kit has returned to her island home. But it's a place she hardly recognises- the witch and the mermaids are hiding and the pirates have sailed to more bountiful shores. In their place is Neverland and its inhabitants - damaged teens too sick to be in regular school, watched over by her psychiatrist uncle. And now Kit is one of them.

Kit has a choice. She can use illicit night-time adventures with friends and mysterious new boy Rohan to avoid the truth. Or she can separate harsh reality from childhood fantasy and remember the night of her parents' deaths.

What really prompted her family's departure from the island? Did a monster drive them away? Is the monster still there?

Kit has always believed Neverland Island to be a safe and magical place. Being sent away to boarding schools only makes her believe in the stories from her childhood even more. When her life spirals out of control and she almost kills herself with razor blades, she is sent home to Neverland with her uncle, who now runs a school for troubled teenagers on the island. Only she is now one of those troubled teens.

Will she have the courage to face the past or will it keep hiding in fairy tales?

This book is confronting in that is does not shy away from Kit’s self harm or the other troubles faced by the main characters in the book. However, the underlying themes are friendship, love, understanding, support and, most of all, courage.

The four main teenage characters, Kit, Gypsy, Alistair and Rohan all have many difficulties and faults, but they do believe in each other. The problem is that they each need to learn to believe in themselves, and find the courage and hope to face the demons in their past, so they can move forward with their lives.

This book does not belittle or minimise the difficulties faced by people with mental illness. They all make progress and then have relapses, but the story is compelling and scary and warm and strong.

It will suit both boys and girls, but definitely those in Year 10 and up, who love intriguing characters faced with difficult lives.