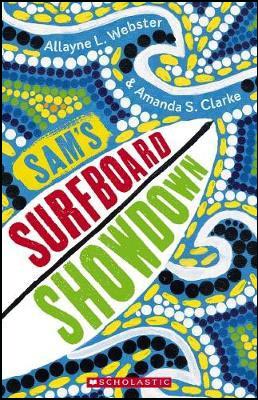 Ten-year-old Sam Sumner is the best sportsman at Robe Primary School. He loves Nippers surf club the best. That's until Finn Hester moves to town. Finn is good at everything and Sam isn't happy about it. Likewise, Sam's mum feels a bit intimidated by Finn's mum's cooking - she used to be the best cook in town! Finn joins Nippers, much to Sam's displeasure.

A special competition is announced: a chance to win a surfboard signed by Mick Fanning. Sam has his heart set on it, but so does Finn. Who will win the big race? Will Sam and Finn remain sworn enemies? And who is the best cook in town? A story about rivalry and friendship.

Sam’s world is pretty good. He is a member of the Robe Surf Lifesaving Club in the Nippers where he is the best swimmer, great at school, and he can burp awesomely on command. But when the new guy Finn arrives he seems better than Sam at all of these things, and Sam’s world is threatened.

Then the announcement of a competition to win a signed Mick Fanning surfboard really intensifies their rivalry.

In the end, Sam learns that there are other things in life that are far more important than just being the best at everything.

With themes of friendship, family and life values, this is an excellent easy to read short novel that will best suit boys aged 8-12.