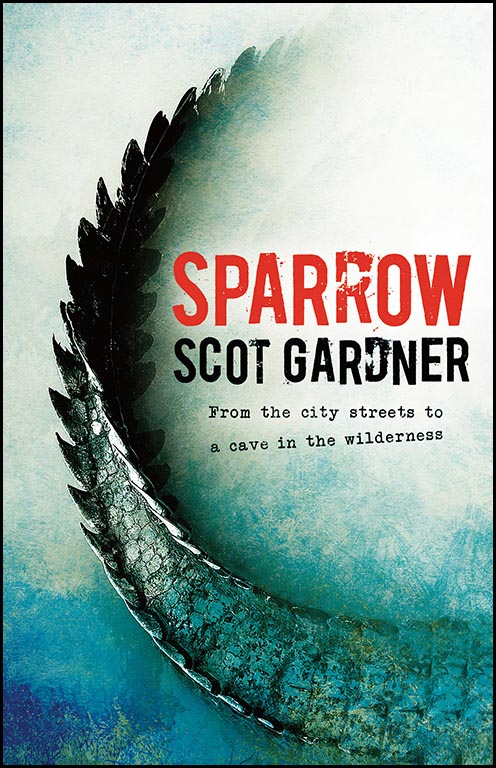 One, two, three, breath. When a juvenile detention exercise off the coast of the Kimberley goes wrong, sixteen-year-old Sparrow must swim to shore. There are sharks and crocs around him but the monsters he fears most live in the dark spaces in his mind.

He's swimming away from his prison life and towards a desolate, rocky coastland and the hollow promise of freedom. He'll eat or be eaten, kill or be killed. With no voice, no family and the odds stacked against him, Sparrow has nothing left to lose. But to survive he'll need something more potent than desperation, something more dangerous than a makeshift knife. Hope.

Sparrow is a novel written in the ‘then and now’ - alternating chapters that looks at the ‘then’ life of a wordless street kid based in Darwin. The ‘now’ is five years later as 16 year old Sparrow, now in juvenile detention, swims to safety in the top end of Australia after a boating accident.

But it is the first story of how Sparrow became who he is that most intrigued me. We uncover his bleak upbringing, and wonder at his resilience and almost an optimistic hope for the future.

With a fantastic male lead, Scot Gardner has masterfully woven a topic driven, contemporary novel that will appeal mostly to teenage boys, but would also be a good starting point for a discussion.

It’s a great book and like all of Scot’s work, I highly recommend it. Best suited to Year 9 and up.