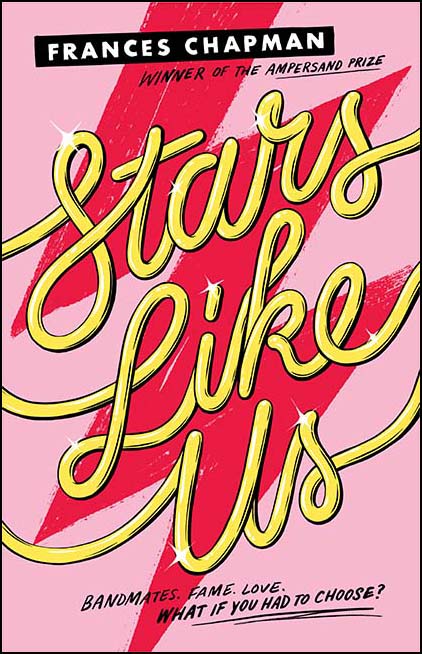 From the winner of the Ampersand Prize comes this smart, swoony LGBTQ YA novel about a teenage band on the way to the top – so long as they can hold it together.

Liliana’s hitting all the wrong notes. She’s a sixteen-year-old exchange student with a secret crush on Carter, her new band’s smoking hot guitarist – but she’s also got a girlfriend back home.

So when she writes a song about him and it lands the band a record deal, she quickly realises she’s in hot water.

Soon, Liliana will have to choose – between an alluring boy and the girl she left behind, between love and lust, and between the fame that beckons and staying true to the music that’s in her heart.

With shades of hit TV series Nashville, the musical passion of Nick and Norah's Infinite Playlist and the band drama of Fleetwood Mac, this brilliant own-voices YA debut is perfect for music lovers everywhere.

Soon after arriving she auditions for a band, and becomes their vocalist and guitar player. But she is torn between her feelings for Ellie, the girlfriend she left behind, and her gorgeous new band mate, Carter.

Her band, Lady Stardust, win a battle of the bands competition and quickly get a recording contract with Beatnik Records. This is very exciting as Beatnik Records also look after Liliana’s idol, Addie Marmoset, and her band Perfect Storm. With a number one record, a friendship forming with her idol Addie, and an off and on relationship with Carter, who loves to party, Liliana is thrust into a new rollercoaster life of stardom. What could possibly go wrong?

Her Dad is clearly worried - asking her to promise not to get involved with alcohol, drugs, and all that pop stardom brings with it. Can Liliana keep her promise to her Dad, figure out her love life, seize her opportunity for stardom, all while staying true to herself? Is stardom even worth it?

Liliana is a wonderful, feisty main character and with such a fast-paced storyline, you can see why Stars Like Us was the winner of the Ampersand Prize for an unpublished manuscript. A great debut from Frances Chapman that will appeal to music lovers aged 15 and older.