The Boy From Earth 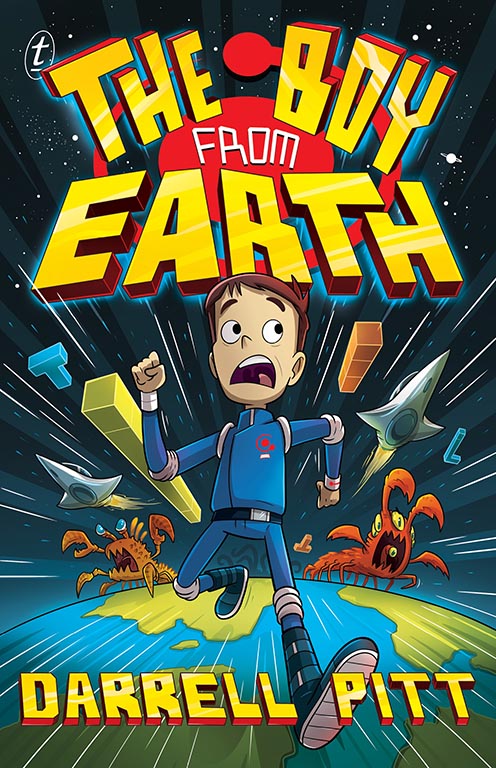 Twelve-year-old Bobby Baxter's not the bravest kid on Earth. His list of things that scare him is up to number 689, and includes lightning, crowds, spiders, alien abductions, crocodiles, falling from great heights, falling from small heights and eggs.

So when he learns that he's the first Earthling ever chosen to attend the Galactic Space Academy, light years away from home, he's terrified - and that's before he discovers that someone at the academy wants the boy from Earth gone.

If you have ever wondered what might be beyond Earth, then this action-packed story will really get your imagination going!

Bobby Baxter finds himself whisked away from Earth to the Galactic Space Academy on the planet Andarma. He is the first Earthling ever to be chosen to train for entry to the Space League, which is the Confederation’s galactic police force. But why Bobby?

The training and conditions are harsh, and Bobby finds himself just wanting to go home to his Dad and his pet snail, Roger.

But something is up at the Academy. Strange things keep happening. Who is trying to sabotage Bobby and why?

This is a really action packed and fast moving story with lots going on! But it isn't all just about action, as Bobby learns to work with others and believe in himself, and he shows more courage and bravery than he ever knew he had.

It is a great read for students in middle primary and up.