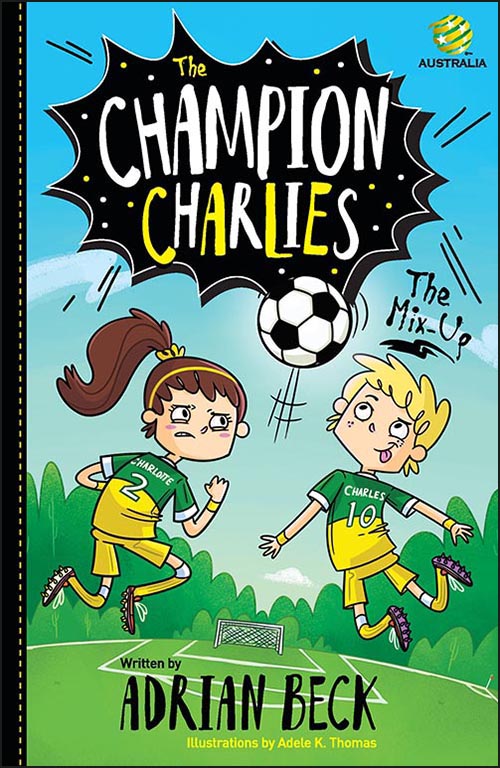 With prankster teammates, a karaoke coach, dancing dads and an arch rival with an axe to grind, the Champion Charlies soon learn that achieving success is not going to be easy . . . but it sure will be fun!

Friends Charlotte and Charles ‘CJ’ Jackson both live for football. They both can’t wait for their seasons to start again.

But when the Principal Swift says that the Jet’s don’t have enough players for a boys and a girls team, they are shattered! What will they do now?

The solution of the boys and girls team entering the combined competition is found, but then other issues soon arrive. Who will be the

Captain? Can they work together to be the best team ever?

This is a great new series that highlights friendship and working together.

It will be enjoyed by readers aged 7 and up.