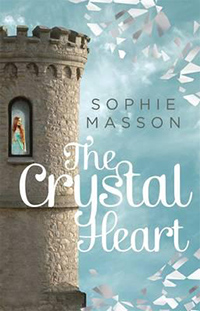 When Kasper joins the elite guard watching over a dangerous prisoner in a tower, he believes he is protecting his country from a powerful witch.

Until one day he discovers the prisoner is a beautiful princess – Izolda of Night– who is condemned by a prophecy to die on her eighteenth birthday. Kasper decides to help her escape. But their hiding place won't remain secret forever.

Will they find their happily ever after?

Kasper is asked to join the elite guards protecting his country from an evil witch who is held captive in a tower. But all is not as it seems in our fairytale kingdom…

The evil witch is being held in the tower and will be killed before her eighteenth birthday. So when Kasper discovers that the evil witch is a beautiful princess from the underground kingdom of Night, they must escape before she turns eighteen.

Their journey is difficult but their bond grows as they fall in love and dream of reuniting their kingdoms. But there are strong forces of evil working against them in both their kingdoms. Can their dreams become a reality?

A delightful, classic, fairytale romance that will be best appreciated by girls twelve to sixteen.