The End of the World is Bigger Than Love 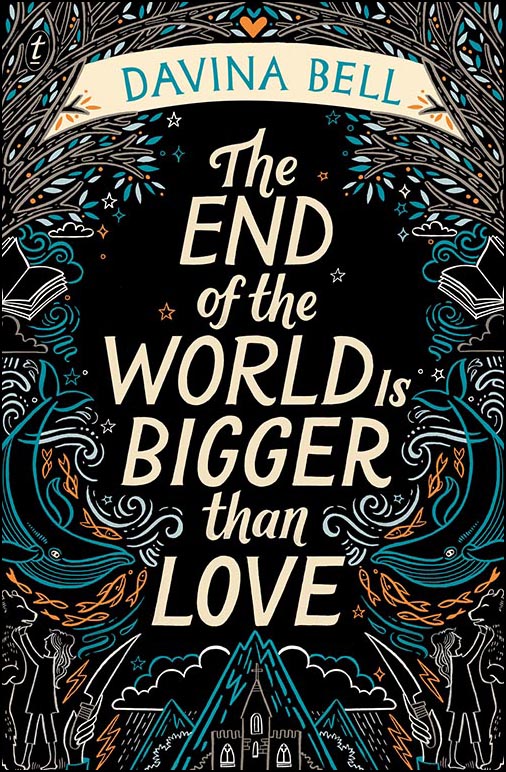 She said we didn't know what the world out there had become. We had been alone there so long on that tiny island, in that tiny church. But in the night, I couldn't bear it. My chest beat like wings.

Identical twin sisters Summer and Winter live alone on a remote island, sheltered from a destroyed world. They survive on rations stockpiled by their father and spend their days deep in their mother's collection of classic literature—until a mysterious stranger upends their carefully constructed reality.

At first, Edward is a welcome distraction. But who is he really, and why has he come? As love blooms and the world stops spinning, the secrets of the girls' past begin to unravel and escape is the only option.

A sumptuously written novel of love and grief; of sisterly affection and the ultimate sacrifice; of technological progress and climate catastrophe; of an enigmatic bear and a talking whale - The End of the World Is Bigger than Love is unlike anything you've read before.

Set in a post-apocalyptic world and told by teenage identical twins Summer and Winter, in alternating chapters, the reader slowly unravels their story so far.

The world had relied on their mother for stories, as she was an incredible news reader and interviewer, and their father was a technological genius, whose inventions had changed the world. Their family was certainly in the spotlight...

But when their mother was publicly murdered and the images sent around the globe, Summer and Winter were secreted to their small island to live off the supplies that their father had hoarded.

Sometimes you don’t know what is real... but ultimately the voices of these girls in the face of such adversity, change and ‘The End of The World’ was truly uplifting. To tell you any more would give too much away, but the one thing I will say is you simply must read this!

Davina beautifully weaves metaphors and symbols into this story, as well as references to many amazing books which a book nerd like me absolutely revelled in.

With themes of love, grief, truth, hope and climate catastrophe in a post-apocalyptic world, this beautiful novel will be loved by many, but will particularly appeal to girls aged 15 and older.