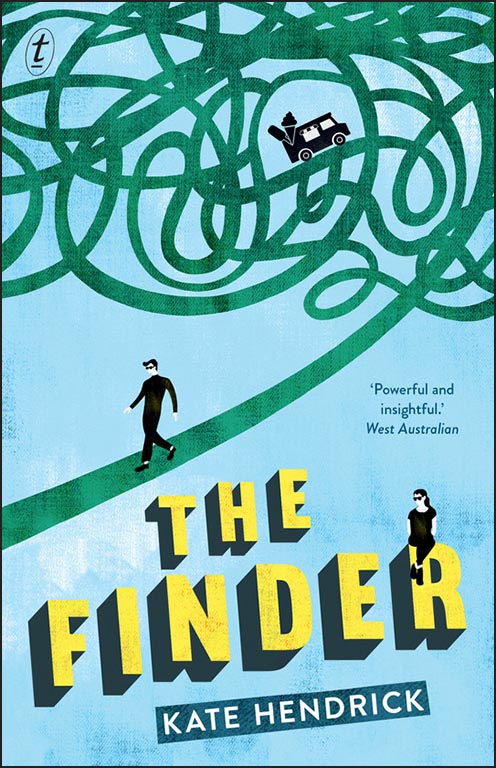 When Lindsay meets Elias the signs aren’t promising. She’s a grungy introvert who doesn’t want to talk to anyone. He’s a teen fashionista who can’t shut the hell up.

But since Lindsay tracked down a runaway kid, word’s got around that she knows how to find people. And Elias is looking for his birth mother. And he has money, and Lindsay’s perpetually broke… So that’s how this oddest of odd couples teams up.

But the thing is, Lindsay wasn’t actually trying to find the runaway. It’s just how she looks at the world. Not idly, like most people, but really looking. Scanning every house, every face, every car. That’s because someone is missing in Lindsay’s life: her identical twin Frankie, who disappeared when they were eight. Since then, her parents have kept themselves busy. And angry. And Lindsay has been… looking.

In Elias, despite their differences, she might have found someone to look with.

How do you cope when your eight-year-old identical twin sister disappears? For Lindsay’s parents, they have filled their house with five other children all under seven. But this hasn't made the now sixteen-year-old Lindsay any less lonely, she still madly misses Frankie.

And she looks. At people. At faces. Then one day she spots a missing girl and becomes a media hit. A Finder.

For the extroverted Elias, who doesn't know how to find his birth mother, Lindsay could be the finder that he needs. He seeks her assistance and an unlikely association, turning into friendship, occurs. Their journey of discovery is the highlight of the book, with Lindsay leaving home for a while as she finds the space to find her true self. Maybe in the end she will start looking for what is really missing, her wonderful twin Frankie.

This is an often funny, often poignant look at lives that continue after real loss. It also looks at searching for family and why people do things and how not everything can be easily repaired.

Our characters and their relationships are fantastic, the themes important and the content suitable for all secondary students.
I found it a really enjoyable, easy read.