The Girl Who Fell 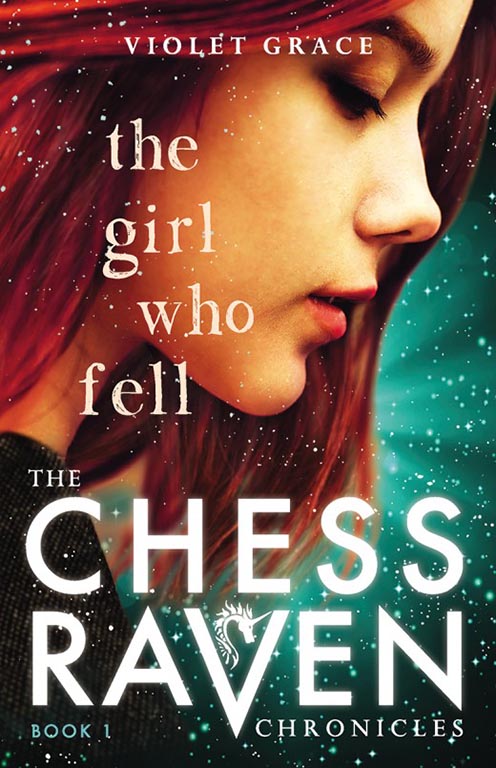 Chess Raven is a hacker who has grown up with nothing and no one. Her parents died when she was three and her foster care situation turned out badly - very badly. But on her sixteenth birthday, her life is turned upside down.

Chess learns her mother was Queen of the Fae and her father was a brilliant physicist. The unique blend of her mother's fairy blood and her father's humanity gives Chess - and Chess alone - the ability to unlock a mysterious vessel that will unleash unimagined powers - with devastating consequences. Thrown into a new world where nothing is at it seems, Chess must work out who to trust as vying forces race to control her. Or kill her.

Reunited with her childhood friend Tom Williams, an enigmatic shape-shifting unicorn, Chess discovers love for the first time and is prepared to risk her life for it. But first she must learn to overcome a fear of her own power and stop waiting for other people to save her. She is the one she's been waiting for.

Chess Raven has been in foster care as long as she can remember, and all of it has been bad.

When she gets into a second chance program after being caught hacking a pharmaceutical company, she gives it her best shot. But not everything is as simple as it seems, and on her 16th birthday she discovers she is the daughter of the Queen of the Fairies and that her father was a brilliant, although mortal, physicist.

Her life is turned on its head in an instant and she becomes a pawn in a new world that she didn’t know existed. Can she trust herself enough to find her own power?

This is an exciting and thrilling fantasy series that I couldn’t put down until I finished it. You will fall in love with Chess as she tries to work out who she can trust and who is trying to control her - and even worse - who is trying to kill her.

Intriguing characters with a mix of magic and amazing powers, this is also a coming of age story, and readers will be eagerly awaiting the second book in the series. Fantasy, mystery, adventure and romance are rolled into one fast paced story. This book will be most loved by girls in Year 8 and up.