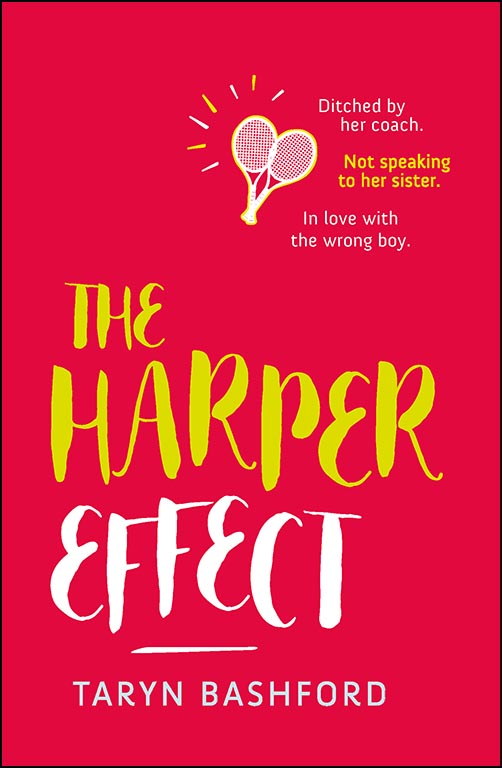 Harper Hunter doesn't know how it came to this. Her tennis dreams are collapsing: her coach says she doesn't have what it takes to make it in the world of professional tennis. Her new doubles partner is moody, mysterious and angry at the world.

What is he hiding? She is in love with Jacob, but he is her sister's boyfriend. Or, he was. Harper could never betray Aria with Jacob... could she?

As Harper's heart and dreams pull her in different directions, she has to figure out exactly what she wants. And just how hard she's willing to fight to get it.

This is an engrossing debut novel by Australian author Taryn Bashford that provides an in-depth look at the heady world of the professional tennis circuit.

Beginning with 17 year old Harper Hunter being dumped by her coach, Harper has doubts as to whether she is indeed good enough. The story journeys through her friendships - both with her sister Aria and her next door neighbour Jacob, the three of whom have been inseparable since childhood. That all changed when Harper was away on tour so much, and Jacob and Aria became an item, but now that they have split up Jacob and Harper's feelings for each other have resurfaced. Complex enough?

Now throw into the mix Harper’s explosive and troubled new doubles partner, Colt Jagger, and we really start to see a change in Harper's attitude, both on and off the court.

How hard is it to break into the senior tennis circuit, and how much is Harper willing to give up to achieve her dream?

This is mostly a sports success story that also tackles friendships, growing up and relationship issues.