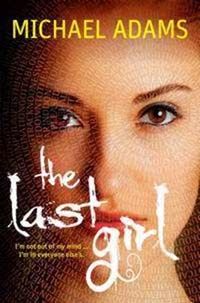 Everyone looked like bad actors in a poorly dubbed movie. Their expressions didn't match their emotions and their lips didn't sync with what they were saying. But they were all so loud.

The end of the world happens in the blink of an eye.

When The Snap sweeps the globe, everyone can instantly hear everything that everyone else is thinking. As secrets and lies are laid bare, suburbs and cities explode into insanity and violence. What might have been an evolutionary leap instead initiates the apocalypse.

Sixteen-year-old Danby Armstrong's telepathy works very differently. She can tune into other people but they can't tune into her. With only this slender defence, Danby must protect her little brother and reach the safety of her mother's mountain retreat. But it's 100 kilometres away and the highways are blocked by thousands of cars and surrounded by millions of people coming apart at the psychic seams.

Danby's escape is made even more dangerous by another cataclysm that threatens humanity's extinction. And her ability to survive this new world will be tested by a charismatic young man whose power to save lives may be worse than death itself.

Everyone is connected in our modern world. But can we be too connected? What if suddenly everyone was so connected that they could hear everyone else’s thoughts? A cacophony of unbearable noise that is bound to have disastrous effects on humanity suddenly erupts...

Amid an explosion of insanity and violence, the world dissolves into a catatonic state for most people.

But our sixteen year old star Danby remains alert, as she can tune into other people, but they cannot tune into her.

Will she and other survivors be able to revive people and allow mankind to rebuild? Can she even save her own mother and little brother?

Told in a contemporary world, this fast paced dystopian psychological thriller is sure to attract a huge teen audience.

From an exciting new Australian author, this is sure to appeal to 15+ readers. Sequels in this trilogy are due in 2014.

This book was included in our October 2013 Secondary Standing Order selection.