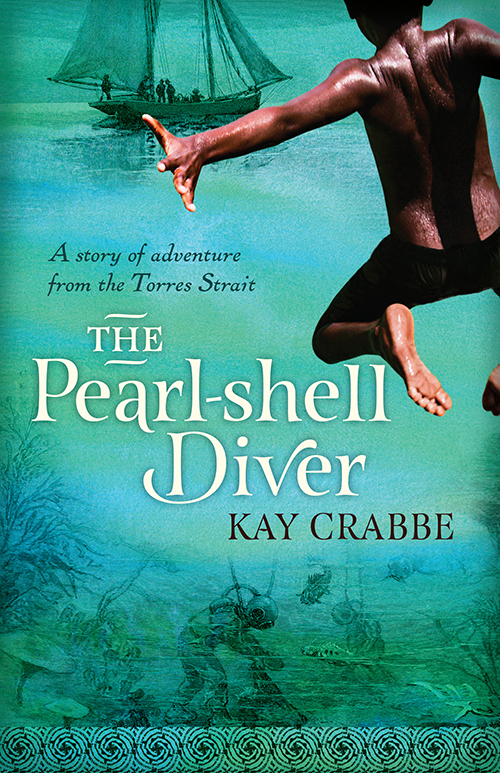 Engaging and authentic historical fiction about one boy from the Torres Strait trying to work his way up in the pearl-shell industry.

Sario lives with his family on a remote Torres Strait island, which he never wants to leave - but the winds of change are stirring. The year is 1898 and the pearl-shell trade is at its height. When his father is coerced to join a white trader on his pearling lugger, thirteen-year-old Sario must go to work as a swimming diver to support the family.

He can earn more as a pump diver, and is excited by the idea of walking on the sea floor, but the competition is fierce, and the only captain who will take him on runs the worst outfit in the fleet. With the constant danger of shark attack and the storm of the century approaching, can Sario provide for his family and realise his dream?

This book gives us a fabulous insight into Australian history around the turn of the 20th Century.

The Pearl-shell Diver tells the story of thirteen-year-old Sario who lives on a remote Torres Strait island and joins the dangerous but exciting pearl-shell trade.

Pearling is an important source of income in Sario’s community but the effects of deep diving, not to mention the threat of sharks, were often dangerous and harsh on the islander’s health.

The divers also suffer cruel treatment from some English boat owners, and with an influx of Japanese pearl divers, and an incoming White Australia policy, what will be their fate?

Sario’s shows tenacity of spirit in his attempt to keep his family and village together in a peaceful existence. However, the hardship that his community faces in a changing Australia is never far from the surface.

An interesting and insightful read and a great discussion starter for upper primary classrooms.