The Race for the Red Dragon 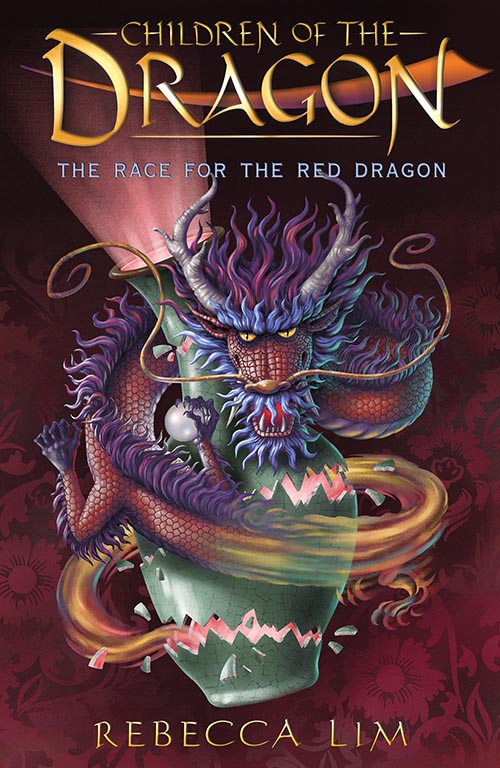 Qing sat bolt upright, her head tilted to one side as if she were listening intently. Then the interior of the van went black and a single shot rang out, loud as a cannon. On their way to the Wudang Mountains to discover the fate of Qing's father and sisters, Qing and Harley make an unscheduled stop after they hear rumours of an ancient vase emblazoned with a red dragon.

Enemies are everywhere, and Harley and Qing must race evil forces across Hong Kong and Southern China to find the legendary vase. Qing's magic is growing in power, but is it enough to counter the human and otherworldly forces that are determined to stop them at all costs?

Featuring magic, mystery and martial arts, The Race for the Red Dragon delivers more fast-paced action and adventure in the Children of the Dragon series.

This is the 2nd book in the amazing Children of the Dragon series by Rebecca Lim. This story picks up where The Relic of the Blue Dragon finished.

Harley and Qing are again racing against their very formidable enemies to rescue Qing’s sister. Along the way, they get help from some very unexpected people and as Qing’s magical powers are growing, she must learn to control herself as well.

I absolutely loved Book 1, and I read this follow up in one sitting as I couldn’t put it down.

The story has an amazing mixture of adventure, dragons, friendship, all entwined in Chinese mythology. Perfect for all middle grade readers.