The Relic of the Blue Dragon 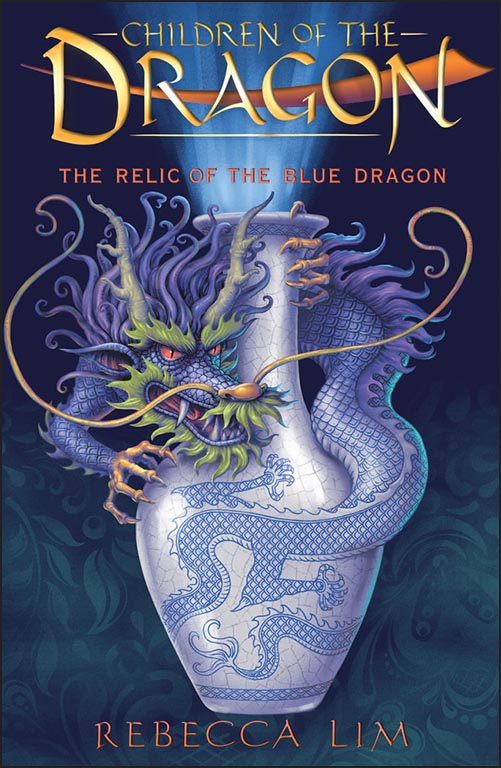 When Harley Spark accidentally releases Qing, one of five dragon sisters, from the ancient vase she's been trapped in for centuries, he is soon on a dangerous international mission with Qing to find and free her four sisters.

Harley Spark is just an ordinary thirteen-year-old kid who lives with his mum, Delia.

Rumour has it that his dad, Ray, is an international crime figure with a talent for nicking old, valuable things.

So when Harley finds an antique Chinese vase on the footpath, something compels him to stuff it under his school jumper and run for home. Little does he know he's about to reignite a centuries-old war between two ancient, supernatural families…

Featuring magic, mystery and martial arts, The Relic of the Blue Dragon is the first book in the action-packed Children of the Dragon series.

When Harley Spark picks up a vase on the footpath near his home, he has no idea what is in store for him! The vase is not all it seems, and when it gets broken a magical warrior emerges from the mess.

Qing is one the five daughters of the first dragon and she needs Harley’s help to find her sisters. So begins an adventure that takes them from Melbourne to Singapore, and then to China.

Entwined in all of this is Harley’s dad, Ray, who appears to have as many mysterious things about him as Qing…

This is a fast paced fantasy with lots of adventure, action, dragons, magic and amazing powers all wrapped up in Chinese mythology.

Readers will love Harley and Qing as they battle the odds stacked against them and forge an unlikely friendship in the process.

It will also introduce readers to some fascinating elements of centuries old Chinese culture.

It is perfect for middle-grade readers, Year 5 - Year 8, and is a thoroughly enjoyable read.