The Secret of the Black Bushranger 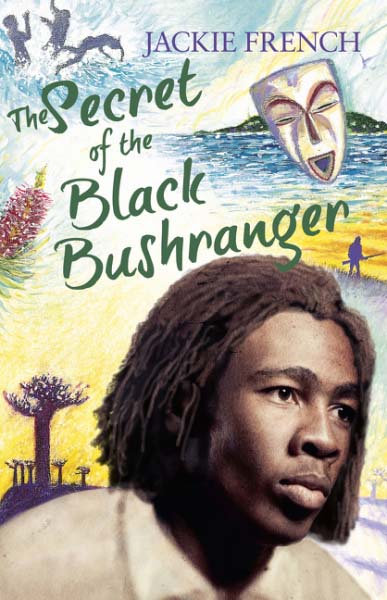 The third in a series that explores our secret history. By the 1790’s orphaned Barney Bean finally has his own farm in the early NSW colony. All his dreams are coming true! But now we are to learn of Barney's biggest secret yet: how he helped Australia's first bushranger escape.

Was Black Caesar a wronged man, an ex-slave who vowed to be free? Or was he a laughing villain, a trickster who planned to terrorise the colony? And in helping him, did Barney do right or wrong?

The Secret of the Black Bushranger is the latest story of Barney Bean in early Australia, this time following his time living with Mr Johnson, a preacher in Australia’s early settlement.

Together Barney and Mr Johnson help John Black Caesar escape punishment, before he goes on the run to eventually become known as Australia’s first Black Bushranger.

John was a slave, sold from a leading family in Madagascar in exchange for much needed guns. He was taken by the Dutch, who lost him in a battle with the English, who decide to transport him to Botany Bay. He was a huge man, who never killed anybody and survived a horrific 150 lashes for theft. He later escaped and 5 gallons of rum was offered as a reward to anyone who could bring him in, dead or alive!

This story depicts the harshness of life during these early years of the history of Australian white settlement. It is an enthralling read that would make a great group read and discussion starter for middle to senior primary students.