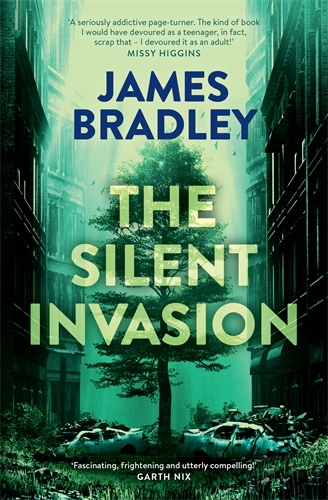 It's 2027 and the human race is dying. Plants, animals and humans have been infected by spores from space and become part of a vast alien intelligence.

When 16-year-old Callie discovers her little sister Gracie has been infected, she flees with Gracie to the Zone to avoid termination by the ruth-less officers of Quarantine. What Callie finds in the Zone will alter her irrevocably, and send her on a journey to the stars and beyond.

Set in 2027, the human race has been invaded by an alien intelligence which alters humans, animals and plants. When Callie discovers that her sister has been infected, she decides to run away to the Zone in far north Queensland. So begins her journey to escape the Quarantine Officers...

A wonderful sci-fi adventure story that is the first book in a new trilogy.

I loved the story. There were great characters, and it was a nice change to read a futuristic sci-fi novel set in Australia. The surprise ending made me hope that Book 2 is not far away!

Best suited to readers in Year 8 and above.